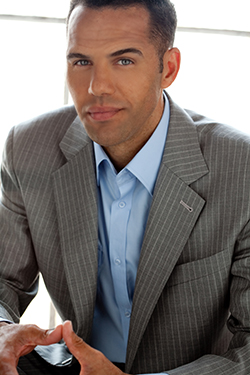 NASFAA is thrilled to welcome best-selling author Steve Pemberton as the opening session speaker Monday, June 24 at the 2019 NASFAA National Conference in Orlando. Pemberton will share with NASFAA conferees the inspirational story of how he overcame seemingly insurmountable beginnings and went on to become a successful corporate executive, innovative diversity and inclusion thought leader, and acclaimed speaker.

In 2012, Pemberton's best-selling memoir, "A Chance in the World" went to print. In it he explains that as a child orphaned into foster care, and taken in by an exceedingly cruel foster family, adversity only fueled his desire to become a man of resilience, determination and vision. The book, which was been hailed as "A heart-rending but uplifting story of the human spirit's ability to prevail," hit the big screen in 2018 as a major motion picture and led to the development of a foundation by the same name that provides scholarships and support to aspiring youth in an effort to help them reach their goals.

A tireless advocate for equality, access, and opportunity, Pemberton currently serves as chief human resources officer for Globoforce, a leading provider of social recognition and continuous performance development solutions. Prior to that, he served as the first-ever global chief diversity officer for Walgreens Boots Alliance, the first global, pharmacy-led health and wellbeing enterprise in the world. Under his leadership, Walgreens reached record levels of performance on nearly every measure of diversity and inclusion, ranging from representation to supplier diversity spend. An extended part of his responsibility was to further the companies' pioneering efforts to employ people with disabilities. In that capacity, he frequently represented Walgreens' employment model at the White House and on Capitol Hill. In 2015, he was appointed by United States Secretary of Labor Thomas Perez to serve on the Advisory Committee for the Competitive Integrated Employment of People with Disabilities.

Pemberton's keynotes, like his life story, amplify his highly motivational messages: Believe in your dreams, rise above obstacles, create opportunities for others, and most of all, persevere.

Mark your calendar for 4:00 pm on Monday, June 24 to make sure you don't miss what is sure to be an inspirational kick-off to this year's national conference. 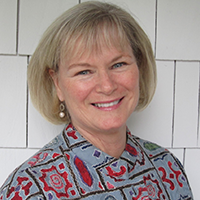 Along with her role as a direct service provider, Blacklock was the project director of the Marcus Foundation Faculty Education Grant:
Taking it to the Next Level: Advancing Awareness and Equity of Medical Students with Invisible Disabilities." She also was the project director of a Fund for the Improvement of Postsecondary Education (FIPSE) grant designed to identify the barriers and opportunities for college students with mental health disabilities, through the University of Minnesota.

Blacklock is the chair of the Association on Higher Education and Disability (AHEAD) Special Interest Group (SIG) on Students with Mental Health Disabilities and was awarded the AHEAD 2001 Professional Recognition Award. In 2014 she was awarded the University of Minnesota President's Award for Outstanding Service. 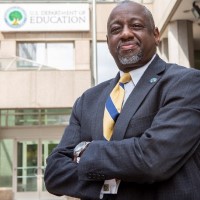 Major General (Retired) Mark A. Brown was appointed the eighth chief operating officer of the U.S. Department of Education's Office of Federal Student Aid (FSA) on March 4, 2019. Previously he served as a senior advisor in the Department of Education focusing on the human capital readiness and development needed to support approximately 42 million student loan borrowing clients and administrators in the $1.5T federal student aid program.

Brown retired from the U.S. Air Force (USAF) where he served over 32 years as an active duty air force officer. Most recently, he served as the deputy commander for air education and training command, where he was responsible for Air Force education, as well as basic and technical training. Prior to that, he served in a series of roles across the USAF, including commander of the Second Air Force which is the technical training and certification process for 90% of Air Force specialties. He served as a chief financial officer (CFO) twice.