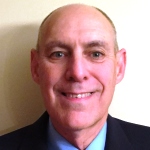 Doug Levy has been involved with NASFAA’s Standards of Excellence (SOE) Review Program  since near its inception, becoming an integral part of the program with a unique background that has made him an asset to the peer review process.

After a stint in administrative computing at the University of Michigan to start his career, Doug transitioned to work in the school’s financial aid office. He worked as an associate director at the university for 15 years, focusing on operations and scholarships — essentially all things fiscal management.

During his tenure at the University of Michigan, Pam Fowler became the school’s director of financial aid, and through her leadership Doug first got involved in the SOE program. Since 2000, Doug has completed close to 70 SOE reviews. With 20 years in the program, his initial involvement operated at a breakneck pace.

“Pam sent me out doing peer reviews quite a bit in the early days, probably half a dozen or more a year,” Doug said. “Especially since my main background was technology and process improvement in a financial aid office, and that was a sorely needed skill within the SOE ranks.”

When it comes to the peer review process, Doug has been amazed by the amount of work his colleagues have been able to accomplish in just three and a half days of review.

“Certainly we are good — [there are] top notch financial aid professionals that are in the peer review — but it's not just us, it's the methodology. It's what was originally structured in terms of the interview questions, the worksheets, what information we get at very quickly,” Doug said. “So that, in my mind, is the backbone of why we're able to accomplish what we always do — and that's the NASFAA methodology.”

Doug has served on the NASFAA Board of Directors, as a consultant for Blue Icon Advisors,  and on several NASFAA committees and task forces, along with holding several leadership roles in his state and regional associations. Doug is nationally recognized for his expertise in effectively leveraging a variety of technologies in the financial aid office and has led the successful integration of high-quality service and ongoing process innovation and improvement throughout his career. He has also been a participant in NASFAA’s Advocacy Pipeline.

Doug’s retirement from the SOE program comes in the wake of the ongoing coronavirus pandemic, which has forced him to reprioritize his plans for the upcoming year.

Initially, Doug had planned to retire from his current role as a financial aid director at Macomb Community College last summer, and continue on with the SOE program for another year.

“Given the COVID situation, it wouldn't be fair to the new director to come in with a completely remote setting and training and meeting everybody,” Doug said.

In order to assist with the transition, Doug put off his retirement until 2022, but was unable to continue with the SOE program due to a planned sojourn that could not be coordinated with the extension of his normal work schedule.

For 2021, Doug will be taking part in three transcontinental bike rides — a total of 7,500 miles of biking that’ll take place over 71 days this calendar year.

“I've actually ridden my bicycle from the Pacific Ocean to the Atlantic Ocean seven times already since 2000. These are just new routes we're doing across the country,” Doug said. “It’s just kind of what I like to do.”

Please join us in congratulating Doug and thanking him for his years of service in the comments section below.

If I knew nothing else about Doug, the fact that he put off retirement for the good of the institution and not wanting to place someone in a situation where failure may well be the possible or probable result, tells me of your selflessness ... Doug, continue to shine the light from coast to coast ... I consider it a privilege to call you colleague and brother ... for The cause ...

Congrats Doug and thanks for the expertise and support that you've shared over the years!!!

Congratulations Doug. I remember fondly working with you on the SAMS project at UM in the early 90s!

Best of luck and congratulations, Doug, we will miss you!

Congratulations, Doug! It's been a privilege to be your colleague, and I aspire to your cycling prowess.

What a great article that captures so much of the impact you've had, Doug. Congratulations and thank you!

There are 70 schools who are better now because of your service Doug. You are the classiest of class acts.

This is a great article on your career. Congratulations and I am glad I had a chance to work with you for a number of years.

Congratulations on your years of committed service to the Financial Aid arena. You are a rock star!

Congratulations, Doug on your commitment and a job well done!