The federal default rate captured in the new data measures the percentage of borrowers who entered repayment between Oct. 1, 2012 and Sept. 20, 2013, and defaulted on their loans before Sept. 30, 2015. During that time, more than 5.2 million borrowers entered repayment, compared with the 5.1 million during the previous cohort. 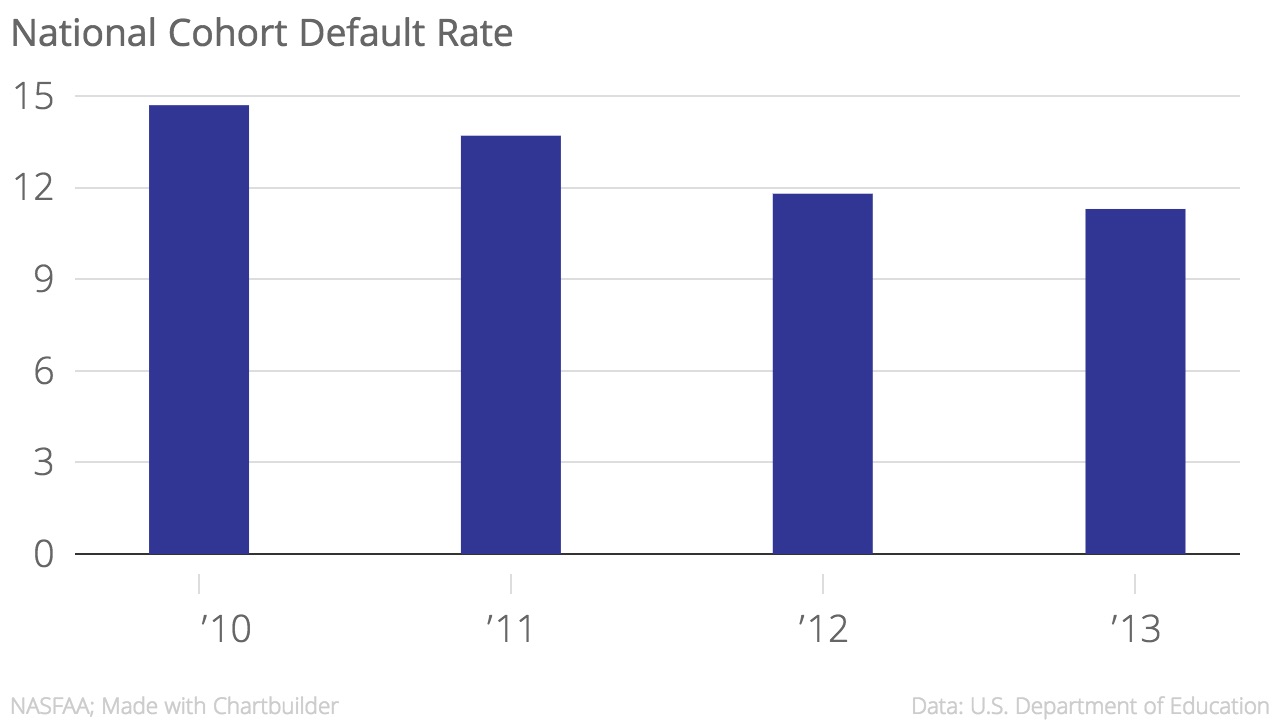 "The Obama Administration has taken unprecedented measures to provide borrowers more options to avoid default, manage their student debt and stay on track to repayment, and to hold institutions accountable for improving student outcomes," said U.S. Secretary of Education John B. King Jr., in a statement. "Even with progress, however, we know considerable work remains ahead." 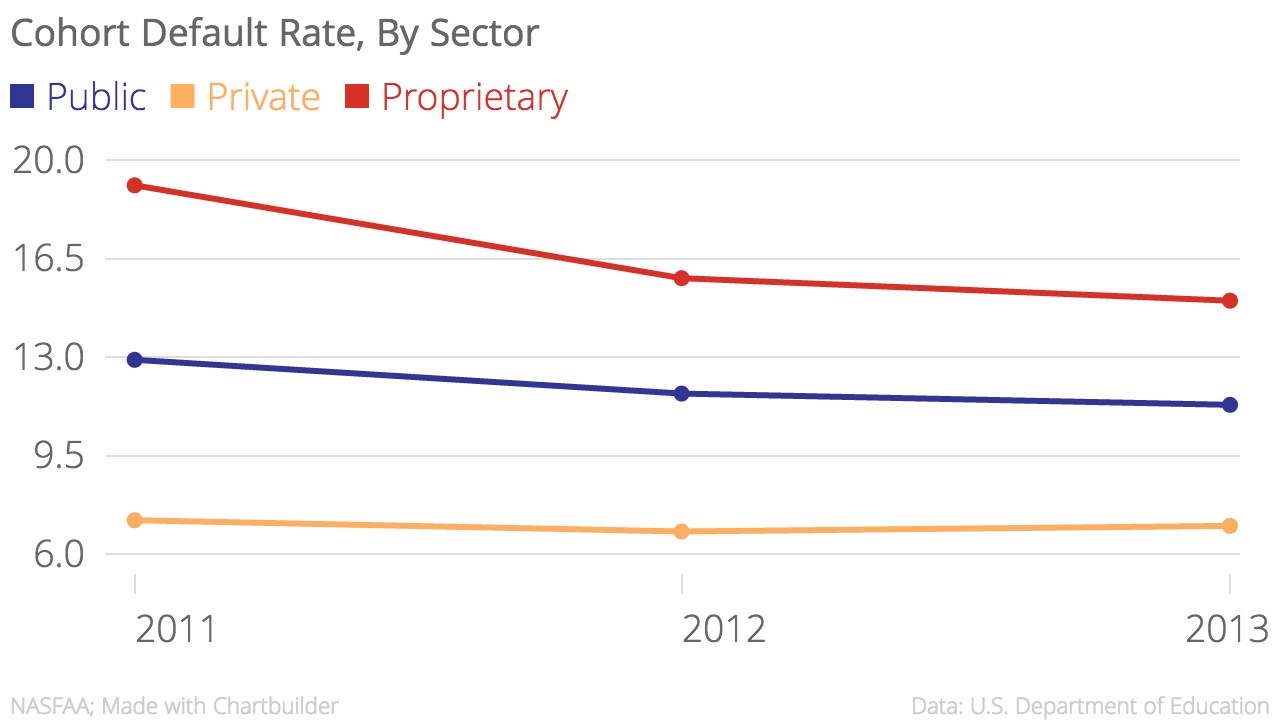 Cohort default rates also varied widely between U.S. states and territories, from lows of about 6 percent in Guam and Massachusetts to highs of more than 15 percent in Kentucky (15.5 percent) and West Virginia (16.2 percent).

Individual institutions with default rates 30 percent or higher for three consecutive years, greater than 40 percent for one year – or both – are subject to sanctions, including a loss of eligibility for one or more federal student aid programs. Under the new data, 10 institutions (nine for-profit schools and one private nonprofit school) – three of which fell into both categories – are subject to sanctions, unless they successfully appeal to ED.

With the release of the new cohort default rates, NASFAA is offering its members a webinar on October 6 to discuss what the default rates mean for individual institutions, and what steps schools can take to ensure the accuracy of their rates.

Which Loans Are Eligible For Fresh Start?

For Fresh Start, What If There Is "No Insurance Claim Payment Information Available" In the Loan Detail On NSLDS?

Can We Retroactively Pay Title IV Aid If the Fresh Start Acknowledgment Is Received After the Payment Period Ends?

For Fresh Start, Do We Need an NSLDS Screenshot For Each Loan?

Are Direct Loans That Defaulted On Or After March 13, 2020 Eligible For Fresh Start?

Under Fresh Start, Are Collection Costs Or Interest Adjusted For the Period Of Default?

Does Fresh Start Change How Aggregate Loan Limits Are Calculated?

How Does the Fresh Start Initiative Affect Non-Defaulted Delinquent Borrowers?

If the School Assigns a Defaulted Perkins Loan To ED Within the Fresh Start Period, Is the Borrower Eligible For Title IV Aid?

Does Fresh Start Apply To Defaulted Borrowers Who Are Now In Active Bankruptcy?

What Should We Do If We Already Processed Aid For a Student Who Received a Fresh Start Letter Prior To August 17, 2022?

How Does a Borrower Make a Payment Arrangement Under the Fresh Start Initiative?

Can the Fresh Start Acknowledgment Be Signed and Submitted Electronically?

How Will Fresh Start Impact a School's Cohort Default Rate?

When Does the Fresh Start Period Begin?

Are Schools Required To Award and Disburse Aid To Fresh Start-Eligible Students?

What Happens When a Fresh Start-Eligible Borrower Re-Enters Default?

Are Parent PLUS Borrowers Eligible For Fresh Start?

How Will Students Know They Are Eligible For Fresh Start?

What Constitutes a "Payment Arrangement" Under Fresh Start?

Must All Of a Student's Defaulted Loans Qualify Under Fresh Start For the Student To Receive Title IV Aid?

What Should the School Do When It Receives a Fresh Start Letter For a Student?

What Are Schools Required To Do When a Defaulted Borrower Applies For Title IV Aid Under the Fresh Start Initiative?

What Will Students' Status Be When They Resume Loan Repayment After the Payment Pause Ends?