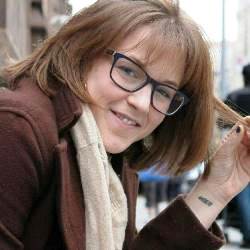 Amber Briggs
Assistant Director, Office of the President, College Board

As a low-income, first-generation college student who fell under the McKinney-Vento provisions for homeless youth when she enrolled at Texas A&M University, the financial aid office greatly impacted Amber’s life. During her time at A&M, Amber not only served as a work-study student and student blogger, but also was a student leader in the Regent's Scholars Program.

While enrolled at Texas A&M, Amber developed a number of close relationships with many staff members in the financial aid office who were integral to her success at Texas A&M and beyond. Their example of "paying it forward," Amber says, is a message that she has shared with her many students since graduating from Texas A&M.

Motivated by her experience working in the financial aid office, Amber applied and served with the inaugural class of the Texas A&M chapter of the College Advising Corps post graduation. In this role, she served as a college adviser for two years at Elsik High School in Houston, TX, where she worked with over 4,000 students to help positively impact the college-going culture of the high school and surrounding community.

After her tenure with the Advising Corps, Amber moved to New York City to complete her master's degree in education policy at Teachers College, Columbia University. While in graduate school, Amber continued to support youth through college access programs as both a Zankel Fellow at Teachers College, Columbia University, and a mentoring coordinator for the Governor’s Committee on Scholastic Achievement (GCSA). Inspired by her work in the Advising Corps, Amber's master's project explored the outcomes and impacts of in-state aid and tuition policy for undocumented students in Texas and New Mexico.

Dedicated to improving equity and access in higher education, Amber formerly served as a college guidance counselor for the Leadership Enterprise for a Diverse America (LEDA )– a nonprofit that works with high-achieving, low-income students from across the country – and in spring 2016 accepted a position as an assistant director in the Office of the President at the College Board. Amber also serves on the College Advising Corps Alumni Council. In her spare time, Amber volunteers as an English teacher for Spanish-speaking immigrants. Amber hopes to further her career in education policy, most specifically making higher education attainable and affordable for low-income and underrepresented students, including undocumented and homeless students. 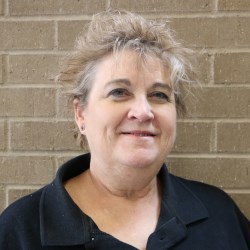 Growing up on a farm, Linda knew what hard work was all about and that, despite limited resources, she wanted to go to college. A first-generation college student, Linda actively pursued resources that would help her achieve her dream, including earning enough credits for one semester of college through the College-Level Examination Program (CLEP) tests. Through a combination of Pell Grant funds, scholarships and work, she was able to afford her education at New Mexico State University, graduating debt-free after four years.

After a couple of career changes, Linda found her way back to higher education, first working in the business office before moving on to the financial aid office, and eventually the registrar’s office. During her time in financial aid, Linda was active in the New Mexico Association of Student Financial Aid Administrators (NMASFAA) – serving twice as the association’s president – and the Southwestern Association of Student Financial Aid Administrators (SWASFAA).

Linda’s passion for education and students continues to drive her, as she currently serves as the executive director for student services at Eastern New Mexico University – Roswell. According to Janell Valdez, associate director at the University of New Mexico, Linda attributes her success to “someone, somewhere, at sometime hand[ing] her a FAFSA.”

Linda’s story was submitted by Janell Valdez, associate director at the University of New Mexico. 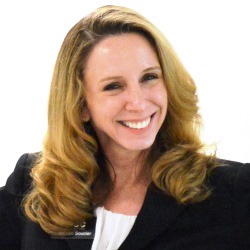 JoEllen was born in Nashua, NH, to teenage parents who both dropped out of school before completing the ninth grade. JoEllen’s father left her family when she was five years old and with no job, no license, and two little girls to support, JoEllen’s mother was forced to take a job at a nearby factory. A series of poor decisions on her mother’s part resulted in a childhood filled with violence, poverty, and chaos, JoEllen says. But, despite it all, JoEllen was a good student and held down three jobs while attending high school.

At age 16, she left home and found herself homeless for about three weeks. A friend’s mother took her into their home where JoEllen stayed until she finished high school and got married.

Upon graduation, as a first-generation college-going student with no savings to speak of, JoEllen wasn’t sure how to apply to or pay for college. “All I knew is that I needed education to have a better life than my mother and grandmother, both who struggled in poverty as single parents,” JoEllen says. “I walked into a financial aid office a few months after my high school graduation and was met with kindness and a great deal of help,”  she says. At 18 years old, JoEllen was a newlywed working as a cashier at a grocery store. “That visit changed my life,” she says.

Today, JoEllen has a bachelor’s degree in business, two master’s degrees, and is well on her way to earning her doctorate in higher education. She has now been married 29 years, has two teenage sons, and is living a life she never could have imagined for herself as a child growing up in the environment she did. “I have a very successful career in financial aid and I treasure my ability to help others the way I was helped years ago,” she says.

JoEllen submitted her own story.

The 2016 NASFAA Student Aid Success Stories have been brought to you by Great Lakes.