"We did our research before having a review." - Wichita State University 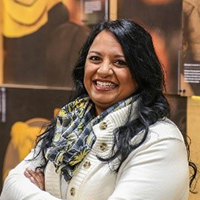 Sheelu Surender, director of financial aid, and William Fulls, compliance officer, were both new to their roles at the Wichita State University (WSU) financial aid office. They knew that having outside experts come in to both identify areas for improvement and pinpoint the office's strengths would be a great asset to the financial aid office. Surender explained, "Determining who would conduct that review posed a challenge, so we did our research before having a review."

Surender and Fulls heard about the NASFAA Standards of Excellence (SOE) review program through Today's News, but neither were familiar with the details. To learn more, they took advantage of the complimentary recorded webinars about the SOE program available to all NASFAA members. They also completed a no-obligation information request, which provided a scope of work document, sample SOE report, and a contract for their review.

They also reached out to their regional colleagues via the RMASFAA listserv to get feedback about the SOE program, and received several positive responses. One school even sent a copy of the SOE report it received! 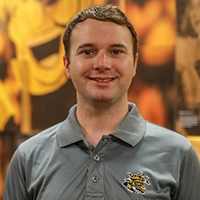 "After we determined that an SOE review would be the best option to evaluate our operations, I had to make a case to my administration explaining how the benefits heavily outweighed the costs of an SOE Review, even comparing the cost of the SOE review to the cost of the potential fines if anything is found during a program review," Surender explained.

As a result of Surender and Fulls' diligent research, the administration approved the review, which resulted in an evaluation that met the school's needs of identifying compliance issues, recommending changes to improve operations, and highlighting the school's strengths.