Book Review: Demographics and the Demand for Higher Education

In a book titled "Demographics and the Demand for Higher Education," author Nathan Grawe, professor of economics at Carleton College, discusses a "looming demographic storm" facing higher education. Over the last several decades, Grawe writes, varying patterns in fertility, migration, and immigration have impacted enrollment in higher education across the country, with the Northeast and Midwest standing to lose 5% of their college-aged populations in the coming years. In his book, through the use of the Higher Education Demand Index (HEDI) that he developed, Grawe provides demographic enrollment predictions for different sectors, and how higher education administrators can navigate those changes. NASFAA asked practicing financial aid administrator David Sheridan to read the book and share his unbiased opinions of its content. What follows are his takeaways, thoughts and reflections. 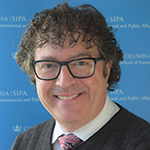 Reviewed by David Sheridan, Director of Financial Aid at the Columbia University School of International and Public Affairs

By now, most of us have heard the predictions and seen the data about how demographic and population changes will impact college enrollment in the relatively near future. Birth rates have been declining since the Great Recession began, population growth is taking place in what had been less populated areas of the country (especially the Southwest), and Hispanics are the fastest-growing ethnic group — these trends are all fairly easy to observe. But how this plays out into who might attend different types of institutions in different parts of the country requires far more nuanced forecasting. Who enrolls in community colleges? How will these demographic changes impact regional four-year schools? Does this affect the nation’s elite colleges and universities differently than others? How much is the “birth dearth” offset by a higher percentage of college-educated parents? These are the types of important issues Nathan D. Grawe, a sociologist on the faculty at Carleton College in Minnesota, explores in his 2018 book, “Demographics and the Demand for Higher Education.”

Grawe has developed a predictive formula he calls the Higher Education Demand Index, or HEDI. This complex algorithm (a 15-page appendix explains it in detail) incorporates the following data, identified as key influencers on postsecondary enrollment: where a student lives (urban/rural and what part of the country); gender; race/ethnicity; whether the student is native-born; parents’ income; parents’ education (specifically father’s and mother’s, so it is unclear how same-sex parents are treated, especially as he identifies a mother’s education level as having more impact on education plans); and the family structure.  The author then explains how the formula can be adjusted to account for changes in variables — both among variables in the formula and others such as migration between states, high school retention rates, and immigration — and to account for possible changes in public policy that could be enacted to improve college enrollment rates among target populations, such as low-income students. He acknowledges that there are unknown, impossible-to-predict factors, such as recessions or employment levels.

It is important to understand that Grawe’s model is intended to project demand for higher education and probability of attending. It might not be advisable for enrollment management professionals to use this model to project application and enrollment numbers at their own school. This type of big-picture data can’t teach you the art of turning prospects into applicants and admitted applicants into students in order to adhere to a school’s mission, meet its goals, and get the headcount needed to pay the bills. But it may make an effective supplement to inform an individual school’s strategies. Enrollment management professionals need to know this information and see how it impacts their campus. Much of the material in this book would also be very helpful to those responsible for creating higher education laws and policies at the state and federal levels.

The author divides institutions into categories of two-year schools, regional four-year schools (those that are not necessarily highly selective and draw mostly in-state or nearby students); national four-year colleges (more selective schools that will draw applicants from all or much of the country); and elite, highly selective colleges. Some of those schools, obviously, draw on the traditional-aged population to different extents: 18-year-olds might make up virtually the entire freshman class at national and elite schools and perhaps most of the new students at a regional college or university, but they might make up only a portion, maybe even a minority, of new students at a community college. So, the author’s work may be more helpful to some schools than to others. It’s also important to remember that he is only measuring demand, not trying to predict ultimate enrollment decisions. In addition, one could debate his choice of categories; for example, “regional” schools could lump together large public universities and small private institutions that might be impacted differently by demographic changes.

Some readers might be frustrated by what the author leaves out. Neither Grawe’s methodology nor his book address international students; non-traditional students; online degree programs; or graduate and professional degree programs (although the undergraduate demographic pipeline is very useful information at some graduate/professional schools), and immigration is only cited as a data element in his formula, but not as a recruitment strategy. His focus is firmly on domestic, traditional-aged undergraduates enrolling in college immediately after high school, likely on a full-time basis.

It may be puzzling for financial aid professionals to read the chapter titled “Is Anyone Paying for All of This?” and see no mention of funding mechanisms and the issues surrounding them. Even while acknowledging the heightened profile college costs now have on campaign trails, the author does not dive into public funding for state higher education systems, Federal Pell Grants and their diminished purchasing power, societal concerns about student loan debt, the potential growth of income share agreements, rising costs, or even the evolving public perception of the value and return on investment of a college degree. I would suggest that companion research on how these and similar issues might impact future demand and enrollment would be beneficial. It may also be worth noting that Grawe’s index was built using data from the 2002 Educational Longitudinal Study. Anecdotally, this reviewer would say not much that the index measures has changed drastically, but some may believe it should be checked against more recent data.

So, given that a college’s ability to maintain itself is largely driven by enrollment, how does a school beat these odds? Grawe examines some angles, not all of which fall under the purview of enrollment management, such as student/faculty ratio and instructional delivery methods. He cites a time when the younger Baby Boomers were enrolling (birth rates declined after the earliest Boomers were born) and schools began to enroll more non-traditional students and “co-eds” for the first time, so enrollments remained robust. But now that women and non-traditional students make up majorities of undergraduate students, those pools are all but tapped. He believes most schools won’t be able to make up for all of these shortfalls simply by changing enrollment strategies (for example, there are growth regions such as the Southwest, but the competition for students there will be fierce).

Public policy changes addressing affordability could help. Grawe cites two studies that find a $1,000 reduction in net price raises enrollment by 3.5 to 5 percent, with the growth coming from lower-income students, thereby closing the attainment gap. We can’t control or even plan for such legislative action, but we can and should continue to advocate for it. Some students will “trickle down” from increased demand at elite and national schools, which will continue to see more applicants than they can admit or enroll, creating another potential applicant bump for some schools.

The future of enrollment management will be challenging. “Demographics and the Demand for Higher Education” doesn’t provide a solution for all of what lies ahead, but it does shine a light on some very important factors most schools will need to consider.

Thank you David Sheridan for an impressive review of this book! I have been in higher education since 1981 and the changes in enrollment demands are vastly different requiring drastic changes in meeting educational needs. The old saying it takes a village to raise a child takes on new meaning in today’s campus environments.