In a book titled "Higher Education Rulemaking: The Politics of Creating Regulatory Policy," author Rebecca S. Natow, assistant professor of specialized programs in education at Hofstra University, dives into the complicated process of how federal regulations, as they pertain to higher education and financial aid, are negotiated, written, and implemented. Through both interviews with policy and higher education professionals and a review of regulations and documents, Natow "explains with insight and detail the process and politics of negotiated rulemaking pertinent to higher education," said David R. Smedley, who read the book and shared his unbiased opinions of its content at the request of NASFAA. The strength of the book, he continued, "lies in its description of power in the negotiated rulemaking process, such as the power of the U.S. Department of Education (ED) to influence the process through its selection of negotiators, as well as through the rule of the process that requires consensus on an entire package of proposals rather than individual issues within a package." What follows are his takeaways, thoughts and reflections. 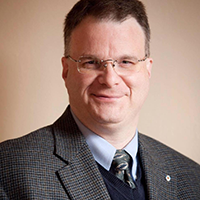 Given the direct impact of negotiated rulemaking on student aid, it is surprising how few student aid professionals are cognizant of or fully understand this process. Created in the 1990s, with antecedents in the late 1970s and early 1980s, it was codified into law by the Negotiated Rulemaking Act of 1990, reauthorized in 1996, and subsequently subsumed into the Administrative Procedure Act (the law governing how regulations are developed and promulgated). The Higher Education Act of 1965, as amended, requires the use of negotiated rulemaking to develop its Notices of Proposed Rulemaking (NPRM), except under certain circumstances. Other federal agencies that have utilized the process include the Department of Energy, Environmental Protection Agency, and the Department of Health and Human Services. Some states require a negotiated rulemaking process for the development of their own regulations.

This process is not widely understood by student financial aid practitioners for several reasons: 1) the lack of a single educational program from which student aid practitioners are formed; 2) the lack of publications that explain the process to the higher education audience; 3) the lack of pedagogy to the community about the regulatory process, be it through webinars, self-study guides, or conference presentations/colloquia; and 4) the nature of the process itself, which reeks of “inside baseball” – heavily dominated, if not coopted, by major interest groups of the higher education lobby.

Rebecca S. Natow, assistant professor of specialized programs in education at Hofstra University (at the time of publication, senior research associate with the Community College Research Center at Teachers College, Columbia University), stepped into this void with the 2017 publication of an excellent book, Higher Education Rulemaking: The Politics of Creating Regulatory Policy. Natow explains with insight and detail the process and politics of negotiated rulemaking pertinent to higher education. Her book should stand as effective adjunct to Cornelius Kerwin and Scott Furlong’s well-regarded text, Rulemaking: How Government Agencies Make Law and Write Policy (now in its fifth edition) for the teaching and discussion of rulemaking pertinent to higher education.

The strength of Natow’s book lies in its description of power in the negotiated rulemaking process, such as the power of the U.S. Department of Education (ED) to influence the process through its selection of negotiators, as well as through the rule of the process that requires consensus on an entire package of proposals rather than individual issues within a package. This consensus requirement makes for some very interesting politics. In one notorious round, which involved thirty-one widely variant issues for negotiation (not all student aid specific), some negotiators focused exclusively on a single issue and were “one and done” once their specific issue had been negotiated, yet they ultimately held veto power over complete consensus for the entire regulatory package.

Specific information on how to become involved in the rulemaking process would have made a useful addition to help teach about the process and how to be involved in it. The process does not have to be relegated to higher education associations and various interest groups. For example, for the two negotiated rulemaking panels on which I served as an alternate in 2009 and 20011 I self-nominated myself as an independent professional student aid administrator, following the process prescribed in ED Federal Register notices that sought nominations for specific committees. Although I did not have voting power, sitting at the table allowed me to lend my voice in the process from time to time.

There is a very good chapter about the increasing use of technology in the regulatory process – notably about the regulations.gov website (where one can access FR notices and submit comments on them) – but there isn’t any real discussion about how the negotiated rulemaking sessions can be more accessible to a wider audience, as was an aspect of the recent controversial round on the GE regulations. Because negotiated rulemaking takes place in DC, there is an artificial bubble by ED, whether intended on not, that reinforces influence by those with proximity to DC or the ED regulatory process.

The master calendar, a specific requirement under the Higher Education Act (20 U.S. Code § 1089) that prescribes a timeline for the creation of regulations, is unfortunately not detailed in the book. It would have been very useful for teaching purposes to explain and illustrate this statutory requirement and to explain how it has occasionally been abrogated by ED. Also, while the book uses gainful employment regulations as a key variable in the discussion of the process, it missed the controversial, recent round which resulted in ED abrogating the GE regulations. A subsequent edition of the book would certainly do well to discuss this particular round and its dynamics.

For the practitioner wanting to be more involved in the regulatory development process and the politics of the higher education lobby, this is an essential book. Combined with pedagogical tools that explain and illustrate the regulatory process, this book would be very useful to help understand the dynamics that undergird the federal higher education negotiated rulemaking process in order to effectively participate as a negotiator or alternate negotiator, or to provide public comment.

David R. Smedley, director of financial aid, Essex County College (NJ), is a 20-year veteran of student aid administration, holds a Master of Public Administration from Temple University, and has taught political science and urban studies as an adjunct professor. Smedley has served on two negotiated rulemaking panels as an alternate. Past service includes chair of PASFAA’s government relations committee; member of NACUBO’s working group on post-911 GI Bill issues; a NACUBO and NASPA conference program reviewer; and member of the editorial boards of Journal of Student Affairs Research and Practice and Journal of Student Financial Aid. He created a military education financing committee for EASFAA and has presented at meetings of NACUBO; College Board; and state, regional, and national student aid associations.

Off the Cuff - Episode 209 Transcript