In a book titled "Degrees of Difference," author Nancy S. Niemi writes that the assumption that more postsecondary credentials equals an advantage for women over men is inaccurate. Niemi argues that, essentially, women need to work twice as hard as men to come close to equality in most aspects of American life, "so the idea that earning more postsecondary credentials creates an advantage for women is ludicrous," said Heather Hall Lewis, who read the book and shared her unbiased opinions of its content at the request of NASFAA. What follows are her takeaways, thoughts, and reflections. 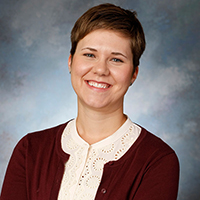 Reviewed by Heather Hall Lewis, Associate Director of Financial Aid at the University of Portland

Women have been making solid gains in educational achievement for decades. Since 1841, when the first woman earned a bachelor's degree at Oberlin College, women have worked steadily to achieve parity with men in higher education. However, the trend of women attending college took a dramatic upward turn in the 1970s and ‘80s. According to Nancy S. Niemi in her book, "Degrees of Difference," men made up 58% of all college students in 1970; by 1980, women and men attended college in roughly equal numbers. By 2010, women made up 57% percent of the U.S. college-going population. This 20-percentage point swing over 30 years marked the beginning of what some scholars call a "female advantage." As women outachieve men in all credential levels of postsecondary education, they have a distinct advantage over men in all other aspects of American society, right?

Not so, according to Niemi. The assumption that more postsecondary credentials equals an advantage over men is inaccurate. Despite women's achievement in higher education, the gender pay gap still exists, men still outnumber women in leadership roles in all sectors of the American economy, women are still the primary caregivers for children, and women are most often penalized for choosing parenthood. Niemi argues that, essentially, women need to work twice as hard as men to come close to equality in most aspects of American life, so the idea that earning more postsecondary credentials creates an advantage for women is ludicrous.

The purpose of "Degrees of Difference" is to explore the relationship between achievement in higher education and the attainment of political, economic, and social power for men and women in America. Does earning a college credential equate to higher status in American society? On an individual level, the answer is yes. Having a college credential opens doors that might not otherwise be open. However, as a collective, women outpacing men in college achievement does not equate to more money, power, or social status for women. Niemi argues that a cultural shift in how we view the genders and their responsibilities in American society is necessary to achieve true social and economic equality.

Reading Niemi's book reminded me of my thoughts when I started developing my dissertation almost 10 years ago on barriers to women in leadership roles in higher education. I could not understand why, while women outnumber men so dramatically on college campuses across the country, most college presidents (and those in other leadership positions) are men. Why do women continue to flock to a place where they do not see themselves reflected in the leadership of the institution? Niemi argues this is due, in part, to the emphasis American culture places on the value of higher education. A college degree is the only way for someone with a disadvantage to get ahead. Since women usually start the race at the back of the pack, struggling just to make it to the starting line, they see college as necessary just to level the playing field.

Niemi further argues that as college campuses fill with women, some men are less attracted to the idea of college because they see it as a feminine pursuit. Instead, men seek opportunities in traditionally male-dominated fields that do not require college credentials, such as the military, law enforcement, firefighting, and the trades. These "masculine" and often lucrative fields provide men the opportunity to maintain economic power and social status without going to college. While these men are earning a living without a college credential, women are pursuing college, accruing debt, and often working for less pay than the men in their fields with similar or lower credentials. Niemi further argues that as men pursue careers that do not require a college credential, society begins to devalue college credentials overall.

Niemi's book is scholarly; it reads a bit like a very long research paper, with plenty of data and sources to support her arguments. Her intended audience is scholars and students studying gender and higher education policy and practice. It is a bit dense and sometimes challenging to read. Overall, the book is well-written and offers a compelling argument against the idea that more education creates a female advantage in American society. For those interested in the topic of gender equality both inside and outside the academy, it is worth the read.

Heather Hall Lewis, Certified Financial Aid Administrator®, is associate director of financial aid at the University of Portland in Oregon. She holds a bachelor's degree in mathematics and humanities from Valparaiso University, a master's degree in student affairs and higher education, and a doctorate of education in educational foundations and leadership from George Fox University. Heather is actively involved in her state financial aid association (OASFAA), where she currently serves as treasurer.

Nice review, Heather; this has piqued my interest and I'll add it to my to-read list.

I can't honestly say that I've ever heard someone argue that women have an advantage over men because they're more likely to attend and graduate from college. Our economy/society/work places remain filled with gender discrimination that is in no way a reflection of the importance or quality of a college education. Colleges can't fix every problem, especially those rooted in prejudices and injustices.

What people do say, with plenty of evidence to back it up, is that women who attend and graduate from college have an advantage over those who do not. Let's focus on that.

So instead of going to college, women should go into law enforcement and construction trades?