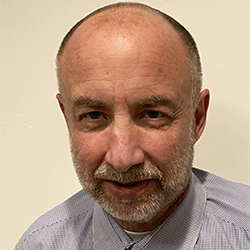 Student debt burdens are substantially higher for the current generation of students than any previous generation. A recent study in the Journal of Financial Planning found that between 1992 and 2017 the percentage of students with student loan debt at graduation increased from 45.5% to 68.8%, and average debt levels at graduation increased from $9,320 to $29,812. High student debt burdens are leading many student borrowers to forgo saving for retirement, delay starting a family, or put off purchasing a home.

One of the major, long-term problems associated with student debt is the growth in the number of older people entering retirement with unpaid student debt. The Consumer Finance Protection Bureau (CFPB) found that between 2005 and 2015 the number of Americans over age 60 with outstanding student debt quadrupled from 700,000 to 2,800,000, often resulting in garnished benefit checks. The figure will be even larger when the current generation of students goes to retire because they are entering the workforce with more debt than previous cohorts.

Many policymakers favor continued use and expansion of federal income-driven repayment (IDR) plans to mitigate problems stemming from the growth of student debt. The most popular program, the Income-Based Repayment Plan, offers the possibility of loan discharge after 20 years of on-time payments for loans granted after July 1, 2014, and 25 years of on-time payments for all other loans. Applicants to the Public Service Loan Forgiveness Program are also required to enroll in an IDR plan.

IDR programs reduce annual payments for low-income student borrowers and appear to do a good job in delaying or preventing loan defaults. The program may be less successful at reducing the long-term financial impacts of student debt, including the growth in the number of retired people with outstanding student debt. IDR plans result in economic uncertainty both in terms of lifetime loan payments and whether the promised debt discharge will be received. This paper discusses and presents a proposal to fix problems with IDR plans.

Several factors impact whether an IDR or non-IDR plan is the better choice. Student borrowers with a low household income throughout their career may pay less over the life of an IDR plan. However, under IDR, loan balances often increase in years where the payment does not cover accumulated interest, resulting in higher lifetime borrowing costs for some IDR borrowers.

Changes in marital status may impact the relative advantages of IDR plans versus other repayment plans. An increase in household income after marriage often increases annual repayments, creating an incentive for some married couples to file separate tax returns, a decision that usually increases tax obligations.

The IDR programs provide the possibility of a loan discharge after as few as 240 on-time monthly payments, but there is substantial uncertainty about the economic value of the potential loan discharge. Several factors result in substantial risk for borrowers who choose to enroll in IDR plans.

First, administrative problems associated with IDR programs, documented in this CFPB report, may lead to miscounts of qualifying payments made, delaying forgiveness and forcing borrowers to pay more than they are required to. These administrative problems have already contributed to the denial of discharge applications under the PSLF program, and the National Consumer Law Center is concerned similar problems will impact loans in IDR plans.

Second, enrollment in the IDR program creates some uncertainty for borrowers when they go to take out a mortgage or other types of loans, often caused by the lender’s rules. One example involves the FHA program, which chooses to apply one percent of the IDR loan balance into monthly payments in the loan qualification formula even if the actual monthly IDR payment is less than one percent.

In summary, IDR plans reduce payments and default rates for low-income borrowers, but there are many interrelated problems with the use of this program. The promised debt discharge after 20 or 25 years, contingent on making the required number of on-time payments and accurate reporting by loan servicers, may not occur.

A Potential Modification to the SRP and IDR Plans

The economic uncertainty associated with IDR plans could be reduced by eliminating all interest payments after 15 years on these plans. The elimination of interest charges after 15 years results in all future IDR payments being applied to the reduction of principal.

The use of a contract provision that eliminates interest on IDR plans after 15 years of payments rather than discharging debt after 20 or 25 years offers two significant benefits: First, the promise of debt discharge at some point in the future creates an incentive for people to always pay only the minimum on student debt. By contrast, the promise of a future elimination of interest does not create such an incentive because increased early loan repayment will always lead to lower lifetime debt repayment totals. Second, the possibility of a debt discharge under IDR creates an incentive for some students to borrow more because in some instances the increase in the amount borrowed will not increase the amount repaid. By contrast, under a contract with a scheduled interest elimination provision, the student who borrows more will always repay more than the student who borrows less.

The simplest form of this contract eliminates all administrative monitoring costs by eliminating all interest costs after 15 years regardless of whether all payments were made on time. Borrowers who were behind on their loan after 15 years could still have interest eliminated after 15 years, but the loan balance would be larger than the loan balance for a punctual borrower. A more complicated contract would include some penalties for late or missed payments, but this type of provision does not totally eliminate the errors and administrative problems documented in the CFPB report and might end up denying any relief to the weakest borrowers.

Unfortunately, the alteration of the IDR contract to replace loan discharges with late-term elimination of interest payments does not resolve all student loan payment problems. Balances under IDR plans often initially increase for many students starting their career at a relatively low salary. The modifications proposed here do not mitigate payment problems from low-income or unemployment.

One risk associated with eliminating interest charges near the end of the student loan term is some borrowers might stop paying student loans to prioritize debts with higher interest rates. The U.S. Department of Education would have to continue robust collection efforts to recoup the outstanding loan balances.

IDR plans may encourage students to borrow more, are difficult to administer, and create substantial economic uncertainty for student borrowers. The scheduled elimination of interest payments after 15 years removes the uncertainty associated with loan discharges caused by administrative errors by loan servicers and missed payments by borrowers.

David Bernstein holds a Ph.D. in economics from Purdue University and worked for 25 years as an economist for the U.S. Department of the Treasury. He is actively seeking grant funding and data to further investigate student debt issues. Bernstein has published articles in several economic journals on a wide variety of topics. His most recent online policy primer is "Defying Magnets: Centrist Policies in a Polarized World."

*P.s. I had to run so I hit submit prematurely. Note that the incentive to reduce payments as much also applies to those of us who have other, often relatively more expensive debt, or to people living in higher cost locations that perceive a need for as much cash as possible for current expenses.

I'm curious about that statement. It may be a lower incentive than forgiveness, but a loan carrying 0% interest is still technically an incentive, particularly when you look at opportunity cost.

If you have a loan with 4% current interest that is tax deductible, and 0% interest in the future, are you still better off minimizing your loan payments in order to invest that capital instead? Generally yes.

Certainly there's an emotional aspect to finance as well (the risk averse like me probably wouldn't do this), but from a finance perspective, all things being equal the math says you should aggressively minimize your loan payments and invest it in something that will give you a greater return over the long run.