By Jason Delisle and Ben Miller

The following is adapted from a paper released today “Myths and Misunderstandings: The Undeserved Legacy of Year-Round Pell Grants.” 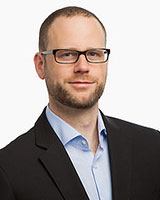 Financial aid administrators are familiar with one of the Pell Grant’s most limiting features. Since grants are based upon how many credits a student attempts over multiple terms, a student who attends full-time during the traditional academic year exhausts all of her aid before the summer session. That has historically prompted the call for a year-round Pell Grant, and as many know, such a policy existed briefly. It was enacted in 2008, fully implemented for the 2010-11 school year, and ended midway through it. Terminating the program helped policymakers mitigate a budget crisis engulfing the broader Pell Grant program at the time. This would result in more comparable cost and debt burdens and level the playing field between students with and without children.

The death of the year-round Pell Grant is a story that has lingered in the higher education policy community, fueled by widespread suspicion that lawmakers ended the program for reasons beyond solving a budget crisis. These claims are many and varied, but our work reveals that they are largely incorrect. Some are only partially true, while others are myths born out of misconceptions about how the program operated. Because we believe, as do many others in the policy community, that a year-round Pell Grant is sound policy, it is imperative that these alternative explanations be refuted. We examine some below. (The full paper with a complete list is available at edcentr.al/yearroundpell) 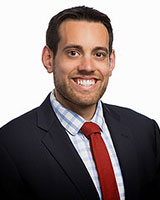 The most common justification for ending year-round Pell Grants was that the policy cost far more than budget experts and policymakers expected, implying that unexpected costs were unreasonable.

Response: The cost framing ignores the fact that everything in the Pell Grant program ultimately costs more than budget agencies predicted, driven by a combination of increased benefits, eligibility changes, and the economic recession.

Consider that if policymakers had never enacted the year-round grant, the cost of the Pell Grant program would have still spiked, peaking at $33.6 billion instead of $35.7 billion in 2010-11. Measured in the context of the entire Pell Grant program, year-round grants accounted for only 5.9 percent of total costs that year (calculated by dividing the $2.1 billion reported cost of the year-round Pell Grants by the total cost of $35.7 billion for 2010-11 school year).

Similarly, we find that the revised costs for year-round Pell Grants were not larger than for other parts of the program. A memo the Department of Education issued just one year after eligibility changes under the College Cost Reduction and Access Act of 2007 were enacted (which would take effect at the same time as the year-round grant) is instructive on that point. The Department revised projected Pell Grant recipients upward from 5.8 million to 6.5 million for the 2009-10 school year and reported that, as a result, the cost of the 2007 changes would be $1.4 billion more per year than expected. Yet, actual recipients ended up at 8.5 million that year, meaning the eligibility changes easily cost $3 billion more when they took effect than policymakers and budget experts initially expected.

Many are under the impression that a year-round grant should not increase the cost of the overall Pell Grant program, which likely contributed to the sense that design flaws must explain why it ended up costing billions per year. After all, students who use two years’ worth of grant aid on two years’ worth of classes theoretically would receive the same amount of Pell Grants whether they take one year or two to complete those courses. They are merely accelerating their degree completion and grant usage.

Response: The federal budget does not measure spending on a per-student basis. It measures the effect of a policy on the government’s finances. From that perspective, the year-round grant increases costs because it pulls funding forward from a future, yet-to-be drafted appropriations bill, and makes it appear on the current bill. The effect is also no different in a multi-year budget window. Just as the year-round grant carries next year’s spending into this year, it does the same thing again for every year in the future in a cascading effect such that the transaction never nets to zero on any time horizon -- so long as one assumes the Pell Grant program exists in perpetuity. The upshot is that any year-round Pell Grant provision will appear in the budget as an increase in spending on Pell Grants equal to the amount of year-round grants disbursed.

Claim: The Department's Implementation Made the Program More Expensive

The Department has been a common scapegoat for the unexpectedly high cost of year-round Pell Grants, in particular for a supposed botched implementation. As the Congressional Research Service reports, year-round Pell Grants “had a significant impact on program costs, in part due to the regulatory interpretation of the provision...” Under this reasoning, the Department loosened the eligibility rules beyond Congressional intent in such a way that far more students benefited and received more money than originally desired.

Response: Our analysis suggests placing the blame for costs on the Department’s implementation is erroneous. If anything, Congress’ legislative language was more open-ended and the Department narrowed the scope of the program. What is ironic is that the Department’s regulations that are now seen as too loose were viewed at the time as too restrictive. Many organizations, including NASFAA, wrote letters to the Department saying the rules were too strict and limiting for students.

Concerns about the Department’s implementation come down to how it interpreted what it means for a student to accelerate. In our view, the Department defined acceleration in a middle-ground approach. Its interpretation was looser than the most restrictive option possible because it focused on annual credit accumulation, not overall progress toward a degree, and allowed students to use the year-round grant to bridge toward finishing one academic year and starting another. It was also stricter than it could have been. It did not allow a student a year-round grant only because he had exhausted his regular Pell Grant for the year, as some in the policy community desired. Had the Department chosen this approach, a student who attempted a full-time course load over multiple terms but failed a large number of classes would have also been able to get additional grant aid. As such, we believe that the Department's approach was not so loose that it would have dramatically expanded the program beyond what Congress intended, nor should it have meaningfully increased the cost beyond initial expectations.

Instead of implementation around acceleration, unhappiness with the Department’s handling of the year-round Pell Grant can be more easily attributed to a technical choice that increased the burden on financial aid administrators by not letting them choose which year to attribute the year-round Pell Grant. We believe the additional work and lack of choice for this change played a greater role in earning the program a poor reputation among the community.

Claim: Year-Round Pell Did Not Encourage Students to Accelerate

The Obama administration argued that the year-round Pell Grant failed to encourage students to accelerate their studies, stating in early 2011 that the policy “has not yet shown any evidence” of students accelerating.

The statement is true, but misleading. The program started on July 1, 2009, but the Administration’s regulations governing the program did not take effect until July 1, 2010. As a result, there simply wasn’t enough time between the program being implemented as designed and the Department’s call for its elimination in February of 2011 to conduct any meaningful analysis.

Though the Obama administration’s stated reasons for eliminating the year-round Pell Grant emphasized concerns about cost and degree acceleration, individuals outside the government were suspicious that those were second-order effects. The proximate cause of the program's purported failings, they suspected, was abuse by private for-profit colleges. While the Obama administration appears to have never made this claim, news outlets and analysts implied or asserted this explanation. An article in Bloomberg, for example, implied that for-profits may have been taking advantage of the program because they received 32 percent of year-round Pell Grants (measured in dollars) even though they account for about 25 percent of Pell recipients.

Response: The use of year-round grants at for-profits colleges may not be quite as disproportionate as it may first seem. The subset of students who could qualify for a year-round Pell Grant were those taking over a year’s worth of credits by taking classes in more than just the fall and spring. Since many for-profit colleges promote their year-round course schedules and accelerated programs, it is possible a greater share of students attending for-profit colleges would have met these conditions than students enrolled in other types of schools. Unfortunately, the Department has not published an analysis or released data that would allow anyone to verify this point.

Bottom Line: There Never Was a Fatal Flaw

The Pell Grant program began at a time when students largely attended school full-time for two semesters each year. Today’s higher education students increasingly do not fit that pattern, and the original year-round Pell Grant was a much-needed attempt to modernize the Pell Grant to fit these new needs.

Unfortunately, many in the policymaking community assume that there was something in the way the original year-round grant was designed that caused undesired outcomes. If only that fatal flaw could be identified, so the theory goes, those outcomes could be explained and understood -- and perhaps avoided with a better design.  There are no flaws to “fix” and make the program work as originally envisioned. Understanding and recognizing these facts is crucial for thinking about how a year-round program should operate if one is reinstated.  Separating the facts from the misinformation and rumors that have spread since the demise of the year-round Pell Grant is crucial for ensuring policymakers can enact sensible policy changes in the future.

It was an administrative nightmare. It was a very manual process determining how much transfer students were eligible for. Many of which had suspended at their prior school. It was similar to determining loan eligibilty for over lapping loan periods. Which proprietory schools are notorious for using borrower based academic years. Want students to accelerate their education make sure they are only taking the classes they need which by the way is required by federal regulations many schools don't enforce due to limits in their automation. I keep hearing that is soon going to happen but then the 150% rule hit and that had to be put off. I personally think it's being stalled because once all schools enforce this rule you're gonna see big changes.

Excellent analysis. Like PSLF, you can't kill off a program before you've had an opportunity to see if it serves its intended purpose. The way year round Pell was discontinued is the equivalent of firing someone after their first day on the job because you think that maybe they won't work out. Let's hope this paper draws some attention on the Hill.

Very illuminating - certainly cleared up some misconceptions I had. Thank you for breaking this down. I can see this being helpful and a good addition to the community discussion as we head (hopefully) into a reauthorization period. Now if you can just fit the explanation onto a postcard! just kidding - who would think complicated financial aid concepts could be condensed like that.