Cost of Attendance: More Than Tuition 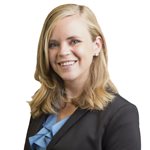 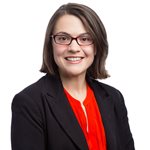 With Donald Trump winning the presidency and Republicans holding their lead in Congress, a federal debt-free tuition policy won’t happen any time soon, but there are still plenty of ways institutions and policymakers can address the growing burden of college expenses. While rising tuition prices are featured prominently in the media, what often gets lost in the conversation are the everyday expenses such as food, housing, and transportation students must cover if they hope to succeed in college. These living expenses can be significant, and for many students are as much or more than the amount spent on tuition and fees. At community colleges, for example, 80 percent of the average total price consists of non-tuition expenses.

When tuition and living expenses are taken in total, this is known as Cost of Attendance (COA), or the total cost of enrollment for an academic year. This article illustrates what COA is and how it came to be, and explores how the changing demographics of students makes it difficult to calculate correctly. We then examine the wide variation in living costs reported by institutions, even within similar geographic areas. Finally, we offer recommendations and considerations for how to change federal and institutional policies to holistically address students’ living expenses.

What Is Cost of Attendance?

To help students cover living expenses beyond tuition and fees, the federal government allows financial aid dollars to be used to cover the student’s entire academic-year budget—known officially as the student’s “Cost of Attendance” (COA).

COA is an approximation of total student expenses calculated by a college’s financial aid office, and must include things like books, housing, tuition, and fees, as determined by the financial aid offices at each school. As such, it is the maximum limit for the total grants and loans students can receive. In this way, estimates that don’t match the reality of expenses for students could mean they are left with insufficient resources to cover their basic needs. On the flip side, some schools might overestimate living costs, which could lead to some students and families borrowing more than is necessary.

Establishing COA estimates wasn’t always so fraught. Over four decades ago, Congress began providing grant aid directly to students, capped at the total cost of a year of enrollment at a given school. To determine these figures, Congress delegated much of the decision-making authority to individual institutions of higher education - specifying only that colleges must include the basic components required for academic success including tuition, fees, housing, books, and commuting expenses. The core of COA was in place by 1980, with subsequent reauthorizations including only small tweaks, such as the treatment of students in telecommunications courses, incarcerated students, or students caring for dependents.

In 1986 Congress added a provision that forbade the Department of Education from regulating any component of the need analysis formula, including a school’s COA. As the Reagan administration attempted to adjust the needs analysis formula to curtail spending on federal student aid, a Democrat-controlled Congress responded by preventing any and all executive action on the issue. As a result, to this day schools are largely left to their own devices to determine how to calculate cost for each qualifying expense, like housing, books, and transportation.

Further complicating the task of creating accurate COA measures, students today are much more diverse than when COA was first defined. Detailed statistics on college students in the 1970s are harder to come by, but the share of young adults enrolled in postsecondary education has skyrocketed from 25% in 1970 to over 40% in 2014. Today, over forty percent of undergraduates attend community college. Approximately one in four students cares for a dependent child. And students increasingly come from lower-income brackets—an estimated 45 percent of undergraduates in 2012 had household incomes of less than $30,000.[1] This shift helps explain the disturbing prevalence of food insecurity, homelessness, and more on college campuses around the country.

It’s time to rethink the way we cover living costs. Given the diversity of today’s undergraduates, there is no easy solution for understanding how much an academic year will cost them, and institutional data show just how tricky it can be to understand the true cost of college.

What the Data Tell Us

Exploring data from the U.S. Department of Education can highlight peculiar variations in cost estimates for schools with similar student bodies and geographic locations. While these data can’t tell us what’s happening inside each school’s financial aid office, they illustrate the ways in which cost numbers are not always reliable for students.

For example, Hennepin County, Minnesota, has one of the largest variations in COA estimates for off-campus room and board - much of this phenomenon is driven by a single for-profit institution with estimated off-campus housing costs of as much as $25,000. In contrast, other schools in the same county estimate off-campus housing to cost between $5,000 and $10,000 per year.[2] Excluding our outlier, this huge range of costs may be driven by differences in their student populations, but it is still incredibly difficult for prospective students looking at their options within a small geographic area to determine if a listed cost estimate will be accurate for them. 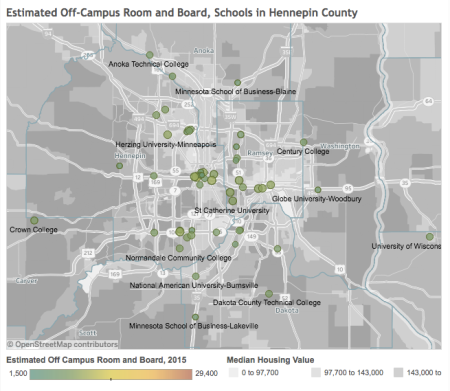 Similarly, historic data on COA estimates reveal strange patterns over time: since COA includes tuition, you would expect the total COA to move in tandem with tuition costs over time. In most cases, this pattern is exactly what we see, and as tuition rises so does the listed COA. However, at some schools, the total cost of enrollment declines even while tuition increases.[3] At about 11 percent of the schools included in our analysis, COA declined even while tuition expenses increased.[4] 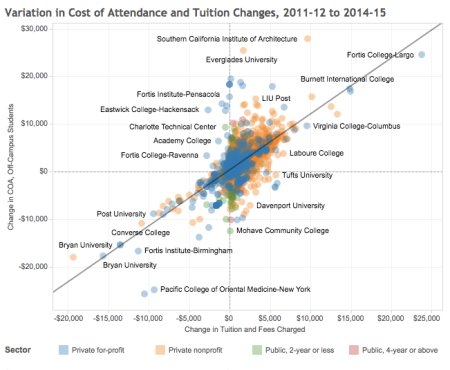 Given these huge variations in actual cost estimates, along with the sheer complexity involved in setting an accurate COA, what, if anything, can be done to improve this important cornerstone to awarding financial aid?

But there also needs to be more holistic solutions that are focused on providing students with adequate financial support to succeed academically. For example, emergency aid is a crucial resource for students who face sudden economic hardship such as a medical bill or broken-down car – things that either aren’t covered by COA or aren’t planned expenses for students at the time they enroll. Colleges should explore the ability to make emergency loans or--more favorably--grants to students to help cope with these situations, which could eliminate much of the hardship faced by many students. In addition, federal policymakers should explore whether the Supplemental Educational Opportunity Grant (SEOG) could be utilized by institutions as an emergency aid fund.

Along the same lines, economically disadvantaged students suffer from a fundamental misalignment of financial aid eligibility and that of other income-support programs such as SNAP and TANF. These incongruities mean that when COA is set too low, or loan availability is otherwise limited, students of modest economic means have few additional support options. Making these income-support benefits more generous, opening eligibility to college students (contingent on their family income), and encouraging take-up rates where students do qualify are all strategies that could lessen the burden on financial aid offices, while simultaneously helping low-income students make ends meet. Benefits Access programs such as Single Stop can be great resources on campus to connect students to a wide variety of state and federal benefits beyond student financial aid.

With increasing tuition costs occupying the minds of many students and families, it’s easy to understate the importance of addressing students’ living expenses as well. Yet for many students, particularly those at low-cost public institutions, these indirect expenses can be barriers to student success. Rethinking our approach to funding students’ living expenses is critical to helping those students succeed.

This article is based on previous research done by the authors featured on New America’s EdCentral website. Their work on the topic can be found here.

[3] These cost estimates are not inflation adjusted. The number of schools with a declining COA and rising tuition would increase if inflation were taken into account.

Besides the inherent double-edged sword of going low or high with the living expenses component of the COA, there is also the issue that students live their lives very differently. I work at a graduate school in NY; I have students who join together, pool resources and 3 or 4 of them share an apartment, maybe in a less expensive neighborhood such as Washington Heights or in the Bronx, and they eat ramen noodles and peanut butter sandwiches (and are on the lookout for on-campus events with free food). I have others who want a nice multi-directional view in a Park Avenue high-rise and have dinner reservations tonight at 8. These may be outliers to a certain extent, but they are not exaggerated examples. So if I'm to average them, it isn't realistic for either one.

I agree that accurate COA's are essential, that it always warrants attention and that transparency is important. However, I think that most schools have a sound method of calculating these estimates, but except for residential colleges at which virtually every student lives in campus housing and eats in the dining hall, the actual costs incurred by each individual will always give us a complete scatter plot.

Additional considerations are the limited federal grant assistance and related grant-loan imbalance that are currently operating. Even carefully constructed COAs do little to help needy students when schools can only fund a portion of their need even when awarding maximum federal loans.

In Wake of Pandemic, Student Groups Raise Aid for Peers in Need

Status of Higher Education Scholarships in Flux with Coronavirus Outbreak

NASFAA Mention: Yes, You Can Request More College Financial Aid—Even During A Pandemic

Report: New Metric Aims to Improve how to Measure the Economic Value Of Higher Ed

As Some Programs Stumble, Others Question Future of Free College