Waiting for the Dominoes to Fall

Student Aid Perspectives is an occasional, longer-format series designed to offer thought-provoking articles on current student aid topics written by expert authors. The opinions offered and statements made do not imply endorsement by NASFAA or guarantee the accuracy of information presented. 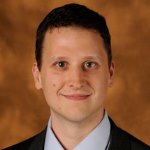 By Jon Fansmith, Director of Government Relations for the American Council on Education

Uncertainty reigns in Washington, D.C. these days. The surprise election of Donald Trump and the resulting one-party control of the legislative and executive branches makes substantial changes in federal policy over the next two years nearly inevitable.

For those of us who follow federal policy closely, this means lots of speculation and few clear answers. When it comes to figuring out what this will mean for financial aid, this guessing game is heightened by the stakes involved and some clearly identified threats. In particular, a variety of major events on the funding side will be taking place over the next six months that potentially could have a massive impact on the federal role in helping students pay for college.

Speculating on all of the possible twists and turns would be impossible, and any attempt would be marked by the kind of ambiguity that makes predictions laughable. So instead of trying to forecast what will happen, let’s look instead at what could happen in the best- and worst-case scenarios.

Just before the holidays, Congress passed a short-term funding extension that moved the deadline to complete their spending bills from Dec. 9, 2016, to April 28, 2017. This is nearly eight months into the federal fiscal year, which starts on Oct. 1. What are the implications?

With so much time early in the new Congress taken up with reviewing Cabinet nominees and political appointments, combined with a desire to address key priorities like amending or repealing the Affordable Care Act and action on immigration, Congress could easily pass on finalizing spending bills one more time and simply extend the FY 2016 levels for all of FY 2017. Minor adjustments (called anomalies) would need to be made, including one for increased costs of servicing student loans, but programs such as Federal Work-Study and SEOG would stay at their current levels, preventing cuts to student aid. Congress might also pass spending bills at the levels negotiated over the last year, which may include modest reductions in some areas but aren’t expected to make substantial cuts to student aid.

Conservatives who have long pushed for dramatic cuts to the non-defense side of the federal budget succeed in either shifting money to defense out of non-defense spending or simply reducing non-defense by cutting or eliminating programs. The House Freedom Caucus, which seeks massive reductions in federal spending on domestic programs, wanted to push funding decisions into next year for just this reason. Cutting funding levels that late in a fiscal year would have serious consequences: Aid packages, awarded months earlier, would need to be revised; agency budgets that had been operating at a higher level of spending would need to make disproportionately large cuts to get down to their lower levels in just four months; and the lower levels would become the new baseline for FY 2018 spending.

The current limit on the federal debt ceiling is set to expire on March 15. Barring any action by Congress, the limit will be automatically raised to meet current spending. But then the government will have to operate using so-called “extraordinary measures” until the debt is either reduced or the cap is increased. What impact could this have?

Congress approves an increase in the debt ceiling, as has been the case over the last several occasions where the national debt reached the limit. Funding levels remain the same, and Congress continues to direct spending according to existing agreements.

The debt limit is not increased, and after several months of extraordinary measures, the country defaults on its obligations, possibly sparking a global economic crisis as well as unprecedented instability in government operations.

Short of that, there is a much more likely negative outcome. The current limits on federal spending were imposed as part of negotiations over raising the debt ceiling, through the sequestration process. The caps imposed by sequestration provide that defense spending must be equal to non-defense spending, a requirement that has prevented significant cuts to domestic programs like Work-Study. Given the strong desire for increased defense spending among many members of Congress and the Trump administration, combined with the resistance of fiscal conservatives (especially in the House) who would oppose increases in the debt, it is not hard to see a situation where in exchange for raising the debt limit, additional cuts are imposed on overall spending, with non-defense spending bearing a disproportionate share.

There is a legislative procedure called reconciliation which is designed to expedite the passage of legislation that would reduce federal debt. In practice, reconciliation legislation is often used to pass bills that would otherwise be filibustered in the Senate. In the new Congress, where Republicans have a significant majority in the House but a narrow majority in the Senate, reconciliation has already been introduced as the legislative tool that will be used to repeal (and possibly replace) the Affordable Care Act. As part of that process, the Senate Health, Education, Labor and Pensions (or HELP) Committee has been instructed to find $1 billion in savings from programs under their authority, which includes nearly all student aid programs. They are required to report those changes by Jan. 27.

What could the use of reconciliation mean for student aid?

The best-case scenario for student aid would be the use of reconciliation solely for purposes outside higher education. The HELP committee oversees a wide range of programs beyond student aid, and the most recent rumors seem to indicate that the cuts being contemplated instead will be directly related to health care.

Following the publication of a Government Accounting Office (GAO) report regarding the cost of student loan forgiveness programs, a Congressional Budget Office report on options to reduce the budget that include changes to Pell Grants and student loans, and bipartisan congressional interest in modifying the loan programs, it is easy to envision significant changes to the student loans programs being addressed through reconciliation legislation. This is particularly true if, as many expect, efforts to repeal and replace the Affordable Care Act require additional funding.

This is a significantly more esoteric area of policy discussions, but the basic concept is that the government uses certain accounting rules to estimate what changes in law will mean for the Treasury. There is a long-standing debate among economists about the best way to calculate this, and in Congress, the debate has largely broken along party lines. The current method is known as credit reform scoring and has been encoded in law since 1992. Under credit reform scoring, student loan programs generate substantial revenue for the government. Continuing the use of credit reform is strongly supported by congressional Democrats.

Policymakers who want to make significant changes to student lending (and the federal role in mortgage lending) support a move to what is known as fair value accounting. It’s a more complicated argument than one blog post can address, but the net impact of a move to fair value scoring would be to show student loan programs as costing the federal government substantial sums of money each year rather than generating substantial sums of money, as they do under current rules. House Republicans have requested fair value scores from CBO for the last few years, and periodic efforts have been made to incorporate fair value scoring into congressional policymaking.

So what are the best- and worst-case scenarios for a change in scoring rules?

The best-case scenario would be retention of the current scoring rules. As the GAO found in a January 2016 report, credit reform estimates were already accurate within one percent, and even the slight deviation from perfect accuracy could be explained by just a couple major events (principally the housing market crash and resulting recession of 2007-08). Beyond the current model being remarkably accurate, keeping the existing scoring rules maintains stability in the system.

The worst-case scenario would not necessarily be the adoption of fair value scoring. Though that would show some immediate negative consequences (making student loans look more expensive than they are and increasing the budget deficit), a change in scoring wouldn’t alter any of the terms of student loans. Interest rates, borrowing limits, repayment plans—none of those would change just because the scoring rules have changed.

What will change though is the discussion around loans. Because of the new, artificially inflated score, any changes to loans (like those under consideration as part of the pending reauthorization of the Higher Education Act) would need to balance the terms of the program against the cost to the government. The likelihood is that those terms would have to become more expensive to students in order to generate sufficient revenue for the government. Needless to say, that would be very bad for borrowers.

Altogether, the best- and worst-case scenarios are probably equally unlikely. In a Washington environment that’s far more unsettled than any time in recent history, the likeliest outcome probably lies somewhere in between. Considering the enormity of the stakes, that’s little comfort for the students, financial aid officers and presidents who are waiting for these dominoes to fall.

Jon Fansmith is a the director of government relations for the American Council on Education (ACE). He represents ACE and its members on matters related to the federal budget and appropriations process, with a particular focus on student aid.