Between fiscal years 2016-17 and 2017-18, average state funding for higher education increased by 1.6 percent, the survey found — the smallest increase in the last five years. The data was collected for the annual "Grapevine" survey, conducted by the Center for the Study of Education Policy at Illinois State University and the State Higher Education Executive Officers (SHEEO).

What's more, nearly all of the increase in the last year was accounted for by increases in just three states: California, Florida, and Georgia. When those states are excluded, state funding increased by just 0.2 percent. 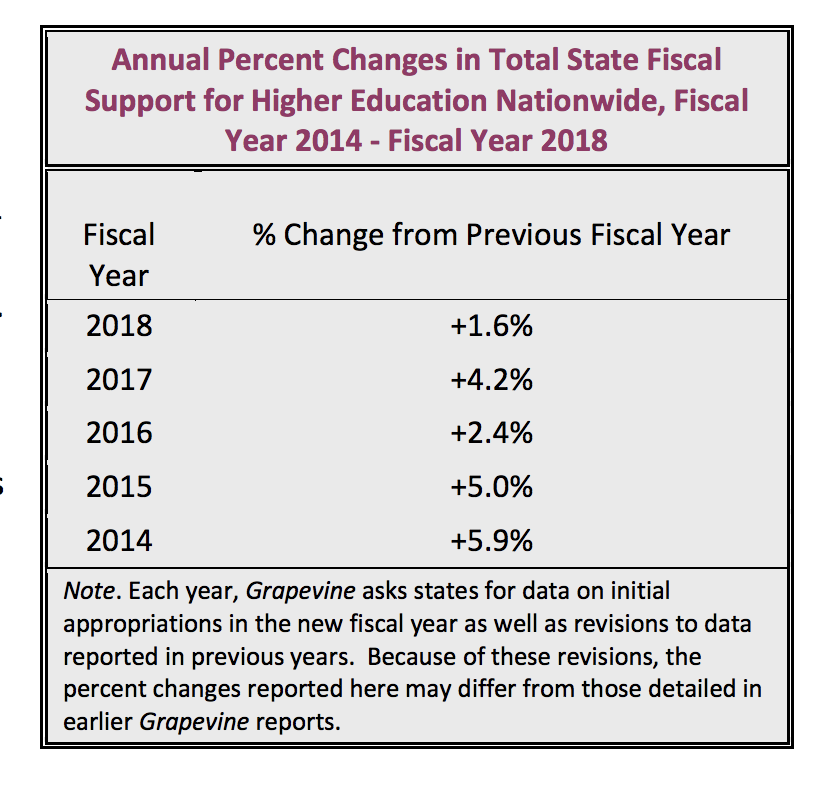 Source: Center for the Study of Education Policy at Illinois State University, and SHEEO.

From a longer term perspective, state funding for higher education nationwide has generally increased. Overall, the two-year change from FY 2016 to FY 2018 was an increase of 5.9 percent. However, the survey noted that the two-year increase "is skewed by the anomalous" 30.2 percent increase in Illinois to make up for low funding levels during the state's recent budget turmoil.