A House subcommittee on veterans affairs held a hearing Thursday to revisit the technology issues that have supposedly led to an unusually large backlog in processing veterans’ full GI Bill benefits, and asked Department of Veterans Affairs (VA) officials to provide a date by which software glitches would be resolved.

The “Forever GI Bill” was signed into law in 2017 by President Donald Trump with the goal of extending education benefits to veterans through measures such as eliminating the time restriction for how long a veteran has to begin pursuing higher education after their military service. However, the bill also came with a new provision that required extensive software changes on the part of the VA that have yet to be completed—a  revision in how VA gives out Monthly Housing Allowances (MHA). Whereas in the past students’ allowances were calculated based on the location of their institution's main campus, the new bill mandated that it instead be based on the ZIP codes in which a student takes a majority of his or her classes. The change involved extensive changes to VA’s IT infrastructure.

While VA officials originally said that they would be able to implement these changes by July, they are still in the process of updating and testing their software.

During the hearing, Rep. Jodey Arrington (R-TX), chairman of the House subcommittee on economic opportunity for veterans affairs, questioned VA officials as to why their timeline for the software updates was incorrect, which was echoed by ranking member Rep. Beto O’Rourke (D-TX). 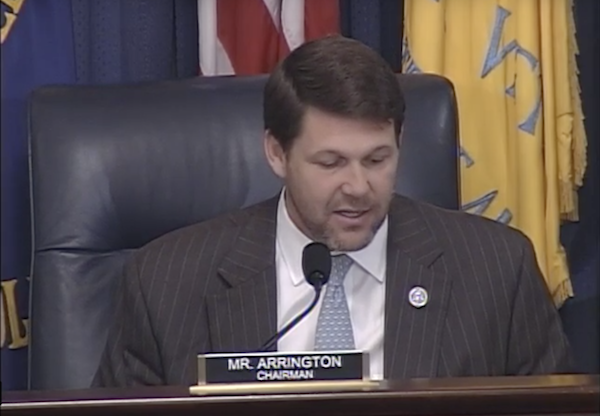 Paul Lawrence, the undersecretary for benefits at VA, said “it was a mistake” to have given the committee a definitive end date in the past, and that they “will not leave this hearing with a date.” Lawrence instead said VA officials will provide a date once the system testing is complete. He did confirm, however, that the new processing system would not be ready for the spring semester. Instead, he said, housing allowances would continue to be given out as they currently were before the Forever GI Bill.

During the hearing, Richard Crowe, senior vice president at Booz Allen Hamilton, the company contracted by VA to make these software changes, said the delays has been the result of trying to work with “legacy” software, which he described as “endeavouring to build something new on top of something very old.”

Pressed by members asking what VA needed to fix these issues, Robert Worley, who was formerly the executive director of the Veteran’s Benefits Administration (VBA) but was recently assigned to lead the Houston VBA office, responded that there is nothing the committee could provide them with to speed the process. He said that this has not been an issue of funding or manpower, rather they just need time to continue testing the system.

The committee members also pressed VA officials about these software delays causing a large backlog of processing GI benefits for student veterans. Worley responded that the backlog the VA was experiencing in claims was “normal and manageable.” He said that these software issues did not cause more delays, as the MHAs were being given out as they were before the Forever GI Bill.

Additionally, Lawrence stressed that stories about veteran students experiencing homelessness due to delays in payments were “generally not true,” and that an article that ran Thursday telling three veterans’ struggles regarding this issue in The Washington Post “misrepresented the facts.”

Last month, however, a group of military and veteran service organizations sent a letter to VA Secretary Robert Wilkie arguing that payments were disrupted, and urged Congress to more proactively prepare for software updates.

“They have left students and schools confused, with improper payments, and absent a clearly articulated timeline for when these issues will be fixed,” the organizations wrote. “We also acknowledge it is imperative VA receive the necessary resources to have an effective IT system that supports all of its constituents; we encourage Congress to work quickly to meet those needs. Students, schools, and taxpayers need assurances and answers to how this will be resolved and prevented in the future. We look forward to continuing working together with VA to resolve these issues.”

Earlier this week NASFAA signed onto a letter sent to Arrington and O’Rourke, which was spearheaded by the American Council on Education (ACE), to express its concern that the delays in payments associated with the “extensive IT changes” needed to comply with this provision have caused “anxiety, confusion, and hardship for thousands of veterans pursuing higher education.”

“We believe the time has come for VA to abandon this flawed effort,” the groups wrote. “We urge Congress to direct the VA to develop a better approach that will ensure veterans receive their benefits in a timely and consistent manner.”

The comment of "normal and manageable" is alarming. There were almost 30,000 claims pending at the beginning of this week.

Over 47,000 Student Veterans Will Have Interest on Student Loans Retroactively Waived

Tip Sheet for Servicemen and Veterans 2021-22

Inside the Legislation to Expand GI Bill Benefits