Award notifications have come under scrutiny for a lack of clarity and for causing students to misunderstand the financial aid packages they are being offered. To ensure students have access to clear information about the financial obligations of enrolling in postsecondary education, the NASFAA Board of Directors voted to support policies that would mandate certain elements and common terminology to be included in institutions' award notifications. In addition, NASFAA today released a set of example award notifications to serve as guidance for universities and colleges, as well as a new issue brief urging Congress to adopt NASFAA's recommendations.

The NASFAA Board announced to NASFAA members at the 2018 NASFAA National Conference its decision to support federal policies that would require institutions to include certain items in their award notification, which closely mirror elements NASFAA's existing Code of Conduct. Specifically, the Board voted to support a policy requiring schools to disclose both their estimated costs and estimated net price, and list grants and loans and other self-help aid separately in award notifications. The Board also voted to support efforts to develop a set of common, consumer-tested terminologies and definitions for student aid programs.

"Students and families need clear information about the estimated costs of attending higher education and the types of financial aid available to them," said NASFAA President Justin Draeger. "We have seen enough evidence that change is needed, and the financial aid community stands ready to help develop common-sense guidelines for award notifications that will best serve students." 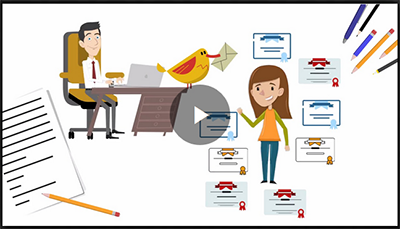 NASFAA in 2012 commissioned a task force to determine best practices for institutional award notifications, which also came out in support of a list of common elements and terminologies for aid programs and a breakdown by aid-type. In addition, the task force recommended that institutions list both their direct and indirect costs in their award offers, and include links to consumer information resources on topics such as student loan default rates, repayment options, and student loan counseling.

Following the task force's report, NASFAA updated its Code of Conduct to include award notification minimum requirements. As a term of its Code of Conduct, NASFAA provides its members with a glossary of award notification terms to help students compare aid across the board. While NASFAA expects that its members will adhere to the code, it relies upon complainants to notify the organization if and when they become aware of institutions that are not in compliance with the code. Past experience has shown that when schools are not in compliance with the code, it is often not an unwillingness on the schools' part to comply, but rather a lack of awareness. In every instance where a school has been notified it was out of compliance with NASFAA's code, the school has promptly taken steps to bring itself into compliance.

Today, NASFAA released a series of example award notifications to show how different types of institutions can implement the elements included in NASFAA's Code of Conduct into their aid offers. These award notifications are intended to serve as suggestions for institutions, and are not meant to be interpreted as a standardized form for schools to follow.

While NASFAA supports the inclusion of these elements in award notifications, it has voiced concern about a standardized, one-size-fits-all form for all schools across all programs. In fact, NASFAA's new issue brief urges Congress to avoid requiring a standardized financial aid award notification, and instead pass legislation that would standardize terms and elements, so institutions may continue to customize and deliver their award notifications to best serve their institutional mission, the characteristics of their applicants, the structure of their education programs, and their financial aid management system.

At NASFAA's annual meeting in Austin, Texas this past June, NASFAA leadership also met with financial aid management software providers, to discuss out-of-the-box solutions that comply with industry best practices and NASFAA's Code of Conduct. NASFAA is currently working with specific software providers on this initiative and will have more information to share in the coming weeks.

Proponents of shifting to a single, standardized award notification have expressed concern that too much flexibility makes it difficult for students to compare awards from different schools, however the Office of Federal Student Aid (FSA) has reported that for the 2015-16 award year three of four overall FAFSA filers only listed one institution on their form. For students who do wish to compare aid offers, there are other means by which to do it, as long as schools are using consistent terminology and definitions. NASFAA in 2017 developed an awards notification comparison worksheet in which students can input data from all of their award notifications.

Earlier this summer, non-partisan think tank New America and uAspire, a nonprofit student advising organization, published a report after analyzing 500 award notifications from schools across the country. While many of the report's policy recommendations for Congress align with NASFAA's, it pushed Congress to create and mandate standardized award notifications. In 2012, however, NASFAA commissioned a third-party group to perform consumer testing on three award notification templates, including the Department of Education's (ED) voluntary "Financial Aid Shopping Sheet" utilized by 45 percent of Title IV-participating institutions, and found that no notification satisfied all of the participants.

"We urge Congress to help arm students with the information they need most by granting colleges and universities the ability and flexibility to meet students' needs," Draeger said.

These are nice drafts. Too bad we couldn't have seen this months ago before we spent so much time trying to redesign our award letter (I like the NASFAA version better). But what's with including PLUS loans on the award letter? Is NASFAA really encouraging that horrible practice?

Thank you for your leadership on this, NASFAA. I do some work with a nearby non-profit that started awarding some scholarships, and my role includes reviewing the award letters submitted by about 100 applicants, probably about 75-80 different schools. The quality of these award letters ranges from very clear and informative to "what on earth are they trying to say?" If I have to read it a few times to figure it out, imagine how confused a student or parent must be. Folks, we are part of the .0001% of the human race who knows what "Fed Unsub Dir Ln" means. The rest of the world does not.

We didn't like the proposal from then-Senator Franken for a number of reasons, but we may have missed a good opportunity to come together at that time and present a better solution. Because if we don't soon, some other lawmaker will do it for us, and it might make the previous one we didn't like look good.

Most clock hour schools do not have a "fall" and "spring". What about showing costs for a total program that is more than 1 academic year? While the standardize language is great, having a template that does not show all cost for an entire program for an academic year would be misleading for students. Who wants to start a program and learn halfway through there isn't enough available aid to cover?

NCAA Permitting College Athletes to Profit Off of Name, Image, and Likeness Comes With Questions for Financial Aid Offices

For Direct Loans, Are We Required To Recalculate the COA Or EFC If the Student Withdraws Between the Fall and Spring Terms?

2021 Will Test Us. Here's How Rethinking the Aid Offer Will Help Us Through

What Happens When a Clock-Hour Student Returns Within 180-Days and the Coronavirus Indicator Has Already Been Set?

Can a Student Receive the CARES Act Withdrawal Benefits More Than Once?

How Do We Process Direct Loans When We Attach an Intersession To a Standard Term Academic Year?

Do Discharged Loans Count Against a Student's Aggregate Loan Limit?

Are Overpayments Waived If the Student Withdraws From Some But Not All Classes Due To COVID-19?

Are We Required To Recalculate the COA and Repackage Students If Tuition Or Fees Change After Initial Packaging?

In What Order Do We Return Federal Pell Grant and Scholarship Funds After an Award Recalculation and Overaward?

When Do Emergency FSEOG Funds Need To Be Spent?

How Long Can We Extend a Term Or Payment Period Due To Coronavirus?

Is a Public State School Considered a State Entity When Excluding Emergency Relief From Income and EFA?

Must We Recalculate Title IV Aid and the COA If the Student Is Unable To Attend a Module Due To Coronavirus?

Is It EFA If a School Delays a Refund Of Institutional Charges Until the Following Academic Year Due To Coronavirus?

Are We Allowed To Extend Or Shorten Our Terms Or To Have Overlapping Terms Due To COVID-19?

Are Emergency Funds Provided To Students Due to Coronavirus Treated As Estimated Financial Assistance?

If a Student Moves Off Campus Due To Coronavirus, Must We Recalculate Her COA Or Awards?

Are We Required To Recalculate COA Or Awards If We Adjust Charges Or Refund All Or Part Of Tuition, Fees, Room, Or Board Due To Coronavirus?

How Does an Insurance Settlement Paid Toward Tuition and Fees Affect the Student's Eligibility?

Can a School Originate a Direct Loan Based On Assumed Or Projected Enrollment Status?

Can We Use the Student's Preferred Name on the College Financing Plan?

What Loan Limit Applies When a Student Changes To a Teacher Certification Program In the Middle Of an Academic Year?

When Can Schools Begin Using the New Standard Term Definitions In the November 5, 2019 Electronic Announcement?

How Do We Guard Against Direct Loan Overawards When There Is an Uneven Distribution Of EFA?