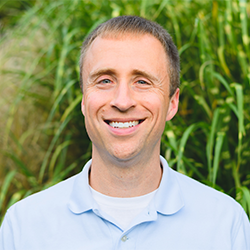 Robert Kelchen, a professor and researcher studying higher education and financial aid, has been recognized throughout the higher education community for his work, including as one of the 2019 recipients of NASFAA's Robert P. Huff Golden Quill Award for his book published last year that contributed heavily to the literature on financial aid.

The award is named in honor of Bob Huff, former director of financial aid at Stanford University and an outstanding contributor to the scholarly literature on student aid. Huff received the first Golden Quill Award in 1984. Kelchen's book, "Higher Education Accountability," provides financial aid professionals a resource as to why they're facing regulatory pressure at the federal, state, and institutional levels and what they can do moving forward.

"There was no resource to put all of these stakeholders' perspectives in one place, and that's what I wanted to do in the book," Kelchen said. "Financial aid is a hot topic there have been a number of changes over the last decade — and if the Higher Education Act reauthorization ever happens, there will be potentially more changes to the financial aid community."

Kelchen, an associate professor in the Department of Education Leadership, Management, and Policy at Seton Hall University, has also previously worked with NASFAA on publications, including a paper published in the Journal of Student Financial Aid, which focused on examining the characteristics of students who qualify for a zero expected family contribution, and how many keep that status year-to-year. 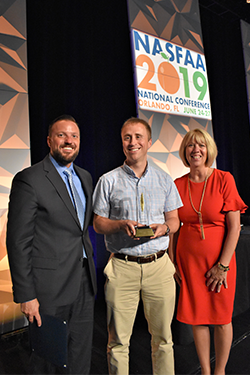 As a researcher studying financial aid, Kelchen said it's important to speak with people who are working in financial aid on a regular basis, and offered advice to others who want to write about the financial aid community.

"My first advice is to reach out to professionals at colleges and universities," Kelchen said. "It's important to understand what's actually going on at colleges. That's where working with groups like NASFAA is crucial."

Another piece of advice he offered to aspiring writers is to keep your writing as simple as possible, making it accessible to a broad audience.

"Financial aid professionals spend all day with technical jargon, they probably don't want to deal with a different type of technical jargon when reading your work," Kelchen said.

Not only has Kelchen been recognized for his literary contributes to the financial aid community, he has also been recognized for his presence on Twitter, which he uses to engage with the financial aid community, fellow academics, policymakers, and journalists. He was selected as one of the 15 most indispensable academics on Twitter by The Chronicle of Higher Education in 2016.

"A lot of my work would not be possible without Twitter," Kelchen said. "When I see something of interest, I can share it with a broader community. And financial aid professionals have been very generous whenever I have questions on Twitter. I usually get very helpful responses very quickly."

Off the Cuff - Episode 229 Transcript

AACRAO and NACUBO Outline Guidelines for Types of Administrative Holds

Off the Cuff - Episode 225 Transcript

Off the Cuff - Episode 223 Transcript

You're the Director - Third Edition

A Year in Review: The Biggest Financial Aid News of 2021

2021 Year In Review: Our Featured MVPs