The Minority College Cohort Study recently released the first of three reports discussing the psychological costs of going to college. The study will follow black and Latino students who are “academically prepared and educationally motivated” and enrolled in one of five Illinois schools during fall 2013. The study will continue through spring 2019.

This first report looks at financial distress, which the authors describe as the “students’ perception of the adequacy of their finances rather than the actual amount of debt and unmet need—and its effects on student well-being via diminished feelings of belonging and commitment to educational goals, heightened doubt about the benefits of college, and stress and depression.”

The study found that the majority of black and Latino students do not start college with financial distress: 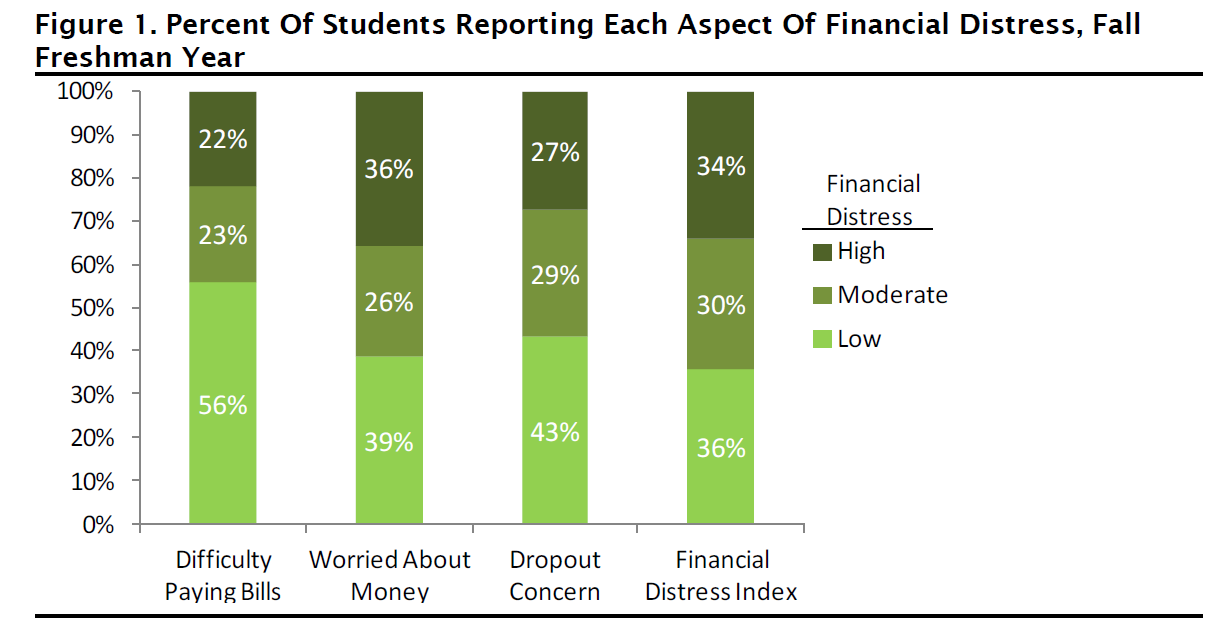 Image provided from p. 6 of the report.

Of the students that did report a high level of financial distress, the respondents fell into three groups:

However, the type of aid may make a difference in a student’s perceived financial distress.  Students with loans were more than twice as likely to report a high level of financial distress as those without any loans. The study “tested the effect of the presence or absence of each specific type of funding, and the psychological benefit appears to come from being able to finance college without loans.”

Financial distress also affects a student’s perception of the benefits of a college education: 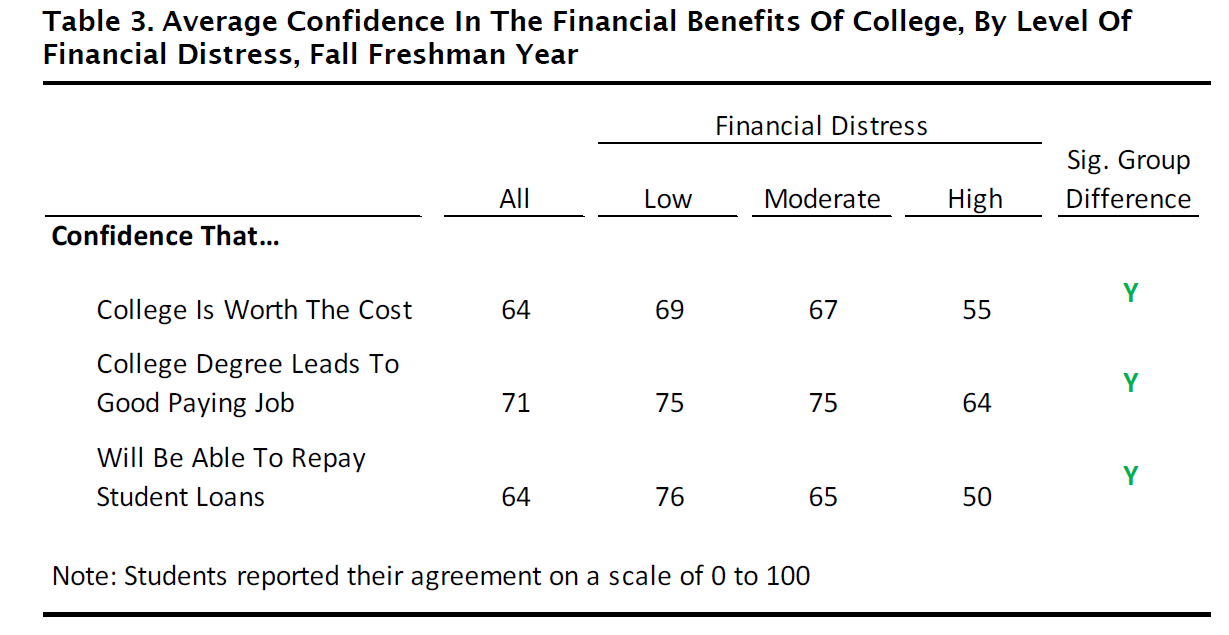 Image provided from p. 18 of the report.

Students with high amounts financial distress also reported higher rates of depressive symptoms between the fall and spring terms, which also was associated with the documented drop in GPA for these students.

The report concludes that “the high financial and psychological costs of college reduce the likelihood that academically prepared students will persist through to degree attainment.” The authors urge schools to better understand financial distress after enrollment and take steps to increase institutional transparency regarding price, financial aid and the value of college.

For the Class of 2020, the Coronavirus Poses Amplified Economic Strain

Not All Scholarships Have Students at Heart

Notice Inviting Postsecondary Educational Institutions To Participate in Experiments Under the Experimental Sites Initiative: Federal Student Financial Assistance Programs Under Title IV of the Higher Education Act of 1965, as Amended