By Amy Glynn, Vice President of Financial Aid and Community Initiatives at CampusLogic 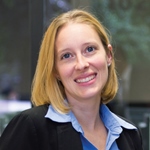 No one likes to get a credit card bill every month. Perhaps they regret a month of careless spending, or worry about how they will pay it off. Regardless, it’s a sobering reminder of their spending habits and debt obligations.

But what if the credit card company didn’t send a bill? What if you could keep spending for up to 10 years, without seeing the monthly numbers as they add up? It sounds crazy, and yet it’s a familiar pattern for college students, who – year after year – take out student loans without an understanding of how much they owe, or what it will take to repay their debts.

To increase student awareness and promote responsible borrowing, some colleges and universities have begun to issue “loan letters” that translate critical information like current-year borrowing, total debt, and estimated payments into language students can understand.

The results have been striking, if not intuitive. Consider the case of Indiana University (IU), which began issuing loan letters to all student borrowers in 2012. In just four years, student borrowing declined by 18 percent. Following IU’s success, the Indiana state legislature passed a bill requiring higher education institutions that receive state financial aid dollars inform students each year about overall debt, as well as the estimated monthly and total payoff amounts. This year, Nebraska passed a similar law.

More and more colleges and universities are following IU’s lead to make the move to loan letters ahead of mandates. Not yet convinced? Here are five reasons why loan letters impact student behavior, and limit debt.

Let’s Get Physical
In the not too distant past, students had to complete loan documents each year – and then sign actual checks over to the school. Of course, the efficiencies created as part of financial aid’s digital transformation offer powerful benefits for students and institutions. But just as the convenience of one-click purchasing and credit card swipes has created a degree of detachment from spending, the demise of loan signing and physical checks has diminished the significance of otherwise major financial transactions. Loan letters provide physical evidence to put meaning back into “virtual” transactions. They also encourage in-person connections. Research from the University of Missouri found that students who received loan letters were more likely to come to the financial aid office and seek additional guidance.

Master Promissory Note: Easier Isn’t Always Better
The introduction of the Master Promissory Note (MPN), which explains the terms and conditions of student loans, simplified and reduced the amount of paperwork that needs to be collected over a student’s lifetime. But it also means that students now only complete the loan application once every 10 years.

As result, the MPN allows students to take on increasing amounts of debt without being reminded of their current borrowing and overall debt load. Easier isn’t always better. Annual loan letters provide a critical counterbalance to the efficiency of the MPN.

Students Don’t Understand Their Repayment Terms
Even if students understand how much they owe, they may not understand how or when they’ll have to pay it back. According to a recent survey of student loan borrowers, the vast majority of students (94%) don’t understand their loan repayment terms. Ninety-three percent don’t know the difference between subsidized and unsubsidized loans.

Failure to understand interest payments can cost students thousands over the life of a loan. Likewise, students may not be aware of whether they qualify for deferrals or income based repayment—which can save them from default, and preserve their credit score.

Academic Benefits?
Loan letters may also have an unintended academic impact. Montana State University now informs students with large loan balances that monthly repayments could put them at risk of default. An analysis of their program found that same-semester GPA improved for students who received a letter and these students ultimately completed more courses. Semester-over-semester persistence rates also improved for students who received loan letters.

If student debt were a country, it would be the 11th biggest economy in the world, similar in size to Australia. It now tops $1.39 trillion dollars, and increases by $2,726 every second. How do we help combat this problem? Education. And more education. And more. We need to find new, relevant ways to educate students both before, after—and during the borrowing process. A good loan letter can do just that.

Are We Required To Have a Written Policy For Withdrawals and Return of Title IV Funds?

Where Is the Most Recent Version of The College Financing Plan?

How Are School Official and Legitimate Educational Interest Defined For FERPA Purposes?

Consumer Information: Not Just a Job for Financial Aid

Are There Model Notices For FERPA's Data Privacy Requirements?

Capturing the Full Value of College Enrollment: A Discussion on ROI

Are We Required To Provide the Isakson-Roe Institutional Disclosures If We Provide the College Financing Plan? (Award Year: 2022-23)

Where Can I Find Guidance On the Emergency Broadband Benefit Program?

Is There a Tool We Can Provide To Students and Parents To Explain Their Rights Under FERPA?

Has the Notice Of Federal Student Financial Aid Penalties For Drug Law Violations In 20 USC 1092(k) Been Repealed?

What Kind Of Consent Requirements Are There For Text Messaging With Students?

Has ED Extended the Equity In Athletics Disclosure Deadlines Due To COVID-19?

Has ED Extended the Annual Campus Security and Fire Safety Reporting Deadlines Due To COVID-19?

Can We Accept Photographed Or Scanned Documents By Smartphone Or Text Due To COVID-19?

Can We Allow Students To Send Verification and Other Documents Via Email Due To Coronavirus?

How Can I Find My School's Federal Student Loan Repayment Rate?

Where Can I Find FERPA Guidance Related to Coronavirus?

Will the New State Authorization Licensure Disclosures Apply To All Institutions and All Instructional Modalities Effective July 1, 2020?

Can We Use the Student's Preferred Name On the College Financing Plan?

Do the State Authorization Regulations Apply To Online Courses Taken In a Foreign Country?