Although votes are still being tallied in some races, it’s clear that Democrats have cemented a majority in the House of Representatives for the first time since 2010—and they plan to bring more oversight and scrutiny to the entire Trump administration, particularly the Department of Education (ED). But it’s unclear if a divided Congress will help or hinder efforts to reauthorize the Higher Education Act (HEA).

Since her confirmation hearings two years ago, Education Secretary Betsy DeVos has been embattled with Democrats on Capitol Hill, who have criticized everything from her extensive rollback of education regulations put in place by the Obama administration, to her apparent ties to for-profit colleges, and her family’s financial holdings. With control of the House comes subpoena power, and it’s likely that House Democrats will call DeVos and other ED officials to testify for more hearings. It’s also likely that Democrats, led by Rep. Bobby Scott of Virginia as the probable chairman of the House Committee on Education and the Workforce, will renew their efforts to pass a reauthorization bill for the HEA.

House Democrats this summer introduced the Aim Higher Act, their HEA reauthorization bill that was widely seen as a rebuttal to Republicans’ PROSPER Act, which passed out of the education committee but failed to garner any time on the House floor for a vote. 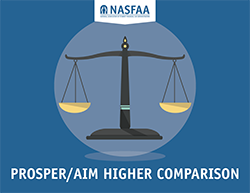 According to Lanae Erickson Hatalsky, vice president for social policy and politics for Third Way, a centrist think tank in Washington, reauthorization “is actually one of the things that could get done in this scenario.”

“[Democrats] like government, they like to do things, they like to have legislated so they can say, ‘Hey, look what we did,’” she said during a panel discussion hosted by the American Enterprise Institute (AEI) on Wednesday. “And there aren’t a whole lot of areas where we’re going to be able to do that. This is one of the areas that … the ideological lines aren’t as stark. … That’s a Rubik's cube that you might be able to move around.”

Beyond House Democrats pushing a bill forward, Hatalsky said there’s hope for bipartisan cooperation in Sens. Lamar Alexander (R-TN) and Patty Murray (D-WA) on the Senate Health, Education, Labor, and Pensions (HELP) Committee, who have a history of cooperation and “a very cordial relationship.”

“Having both parties have a seat of power gives them a better negotiating space,” she said. “If we actually start from a more bipartisan place, there might be a way forward on HEA.”

Jason Delisle, a resident fellow at AEI, was less optimistic about the chances of Democrats passing a reauthorization bill, and questioned whether they would encounter obstacles as proposed policies are examined more closely.

In the last Congress, he said, it was “hard to see where the areas of common ground might be because there’s been a lot of posturing.”

“When you know the bill isn’t going anywhere, what do you do? You swing for the fences,” he said of the Democrats’ Aim Higher Act.

Delisle went on to say that other perennial higher education issues, such as a student unit record system and data transparency, may resurface in the new Congress. Likewise, free college plans and sweeping changes to student loan programs proposed by Democrats may be explored in more detail, he said.

Still, a divided Congress leaves the potential for fracturing within parties, even on issues that seem to have broad support.

“Once it gets more attention, the idea of giving Betsy DeVos a bunch more data about students is going to cause some division on the left as well, especially with all the conversations about immigration,” Hatalsky said. “There are some people concerned about what happens if you have more data to this department in particular.”

In anticipation of heading into the next session of Congress with some new players, NASFAA last week published a comparison chart outlining the major differences between the House HEA bills—from how each bill would impact the Pell Grant program and the FAFSA, to changes that could alter the Federal Work-Study program and the student loan repayment process. Take a look back and find other materials our HEA reauthorization page.

Stay tuned to Today’s News for more coverage on the outcome of the midterm elections.

It shouldn't be too hard to find the low hanging fruit that everyone agrees has to get fixed. Simplify the FAFSA (and commission an extensive study to see if we can move to a one-time FAFSA, or even waive it for families on public assistance). Simplify loan repayment and commission a study to examine repayment through payroll deductions. Make Pell a true entitlement. Take the funds currently "spent" on education tax credits and add them to Pell to expand eligibility to middle class families.

And I certainly see the concern with letting this ED leadership get their hands on more student data. But we need this. OK, so institute a national student unit record system...to begin in 2021.

Might not be a Reauthorization that checks off all the boxes, but it beats Congress sitting on their hands doing nothing.

They should be able to agree on simplifying loan repayment options