The Allan W. Purdy Distinguished Service Award is one of the highest awards that NASFAA bestows. It may be awarded either for significant contributions in the furtherance of NASFAA's goals over a sustained period of time, or for a single contribution of such momentous importance as to deserve the award. An award recipient may come from the financial aid, political, educational, business, or other community.

The NASFAA Awards Nomination process is now open for member nominations until February 10, 2023. Winners will be announced this summer at the NASFAA National Conference. 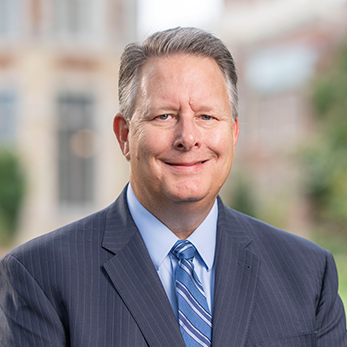 Brent is currently the director of student financial aid and scholarships at Vanderbilt University in Nashville, Tennessee. He has over 30 years of experience as a financial aid administrator and has worked with financial aid professionals across the country while serving in varying capacities in state, regional, and national associations. Brent has served on NASFAA's Board of Directors as the SASFAA regional representative, commission director, and representative-at-large. He is a past president of TASFAA at the state level and SASFAA at the regional level and was one of the main architects of Vanderbilt's current progressive need-based financial aid program, Opportunity Vanderbilt. He was honored with the NASFAA Regional Leadership Award (SASFAA) in 2010 and the SASFAA Distinguished Service Award in 2013. Brent started his financial aid career at Wichita State University. 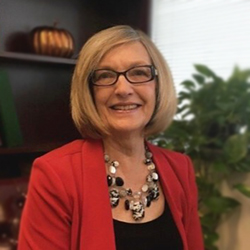 Joan Zanders recently retired from Northern Virginia Community College (NOVA) after an impressive 34-year career in financial aid at the level of director or higher. During her career, she was actively involved in state, regional, and national financial aid associations. While working as a financial aid director in Nebraska, she served as the president of the Nebraska Association of Student Financial Aid Administrators (NeASFAA) and as the President of the Rocky Mountain Association of Student Financial Aid Administrators (RMASFAA). Upon moving to Virginia to become the director of financial aid at NOVA in 2008, she continued her active involvement at NASFAA, serving as a board member, presenter, committee/taskforce member and negotiator. She also assumed leadership roles in the Virginia Association of Student Financial Aid Administrators (VASFAA) where she served as VASFAA president from 2018-2019.

Post-Pandemic Higher Education: Where Are the Challenges and the Opportunities?

Pre-Conference Diversity Session: How to Be an Inclusive Leader for Justice and Equity