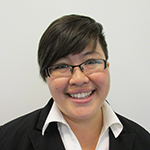 Arlene* walked into my office pushing a large double stroller holding two small children. Despite having a bachelor's degree from a reputable university, she had struggled to pay back her loans and had fallen into default.

At the time of our meeting, Arlene was living in a homeless shelter with her sons. She had been evicted from her last apartment because her landlord had sold the property. Arlene was not working and did not have enough savings to pay first and last months' rent, and a deposit for a new apartment, so she went to live in a shelter. She hoped that the situation would be temporary. Between her tax withholding and the Earned Income Tax Credit (EITC), she was expecting to receive nearly $7,000 back from the federal government – just enough to get a new apartment and a few things for her babies.

Arlene was blindsided when the federal government seized the entire tax credit due to her defaulted student loan. The Notice of Treasury Offset was sent to her address after she was evicted. She petitioned the U.S. Department of Education (ED) to return her refund on the basis of extreme financial hardship. According to the Department, she did not meet the criteria.

With the tax season wrapped up and the last batch of people waiting for their refunds, many student loan borrowers have found themselves in a similar position to Arlene. According to data from the U.S. Department of Treasury, ED recovered more than $2 billion dollars from over a million borrowers in tax refunds last fiscal year.

These offsets hit low-income student loan borrowers, like Arlene, the hardest because for many their tax refund includes the vital EITC. The EITC has strong bipartisan support because it's been effective. According to the Center on Budget and Policy Priorities (CBPP), in 2016 alone, the program was credited with lifting about 5.8 million people out of poverty, including about 3 million children. By seizing EITC payments, ED is harming vulnerable borrowers and their children. It is extremely important to working families and is effective not only in alleviating existing poverty but also in lifting future generations out of poverty. The CBPP has cited EITC expansion as the most important cause of employment growth among single mothers with children during the 1990s.

This past January, I posted a blog post warning borrowers about the possibility of a tax offset and asked student loan borrowers whose EITC had been seized to share their stories and to tell us what they planned to do with their tax credit. The response was both devastating and overwhelming.

We published nearly 40 of these stories in a report, VOICES OF DESPAIR: Student Borrowers Kept in Poverty When Government Seizes Their Earned Income Tax Credit. This report compiles stories from borrowers recounting the hardship caused by the federal government's seizure of their EITC because of a defaulted student loan. Many borrowers described the things their growing children would have to do without—clothing for the next season, a bed to sleep in, medical care, a roof over their heads, and in some cases, food in their bellies.

"I am a single mother struggling to make ends meet. For the past 2 years I've had my taxes taken due to an offset with the Department of Education. ... I have a 5-year-old and it is heartbreaking. I look forward to getting things he needs and extra things only to learn I am not getting anything back. … Taking my taxes defeats the purpose. I am a single mother barely surviving. I wanted to speak up for my son."

Another borrower, a struggling single father, described how the seizure of his EITC refund meant that he could not repair his car and so could not get to work:

"I am a struggling single father of twin 7 year olds. I work hard for my money and I only make $11.50 an hour … I was desperately waiting for my taxes and my earned income credit so I could pay my rent and fix my car. …Now me and my kids are probably going to have to move into a homeless shelter due to the fact that I can't pay my back rent. And now I can't even go to work because I can't fix my car. … I don't understand how it is ethical or Fair [sic] to make a family become homeless all because the Department of Education needs my $7,000 more than my children."

One of the most common complaints from borrowers is that losing their tax refund will impact their ability to stay in their homes or to move their family into a safe home. Like Arlene, for many borrowers seeking access to safe housing, having to pay the first and last month's rent, in addition to a deposit, is a key financial barrier. The EITC, which for tax year 2017 can be as much as $6,318, can help families overcome that barrier.

There is a cruel irony to taking the EITC in order to repay a defaulted student loan. Both the EITC and federal student loans were designed to support economic mobility and achievement of financial stability for low-income Americans working towards a better future and to help lift future generations out of poverty. Yet for many borrowers in default, the promise of a better future did not materialize after taking out their student loan.

When the federal government seizes EITC refund checks from student loan borrowers in distress, instead of supporting the economic mobility and achievement of financial stability —it too often traps low-income families in poverty by making it harder to access work, stable and safe housing, and to pay for basic necessities and medical care. Worse, the main victims of EITC seizures are children, since by far the largest EITC payments go to families with children, and the confiscation of these vital funds can have a dramatic impact on children's well-being.

Many of these borrowers were set up to fail. Systemic obstacles such as employment discrimination and wage disparities, a lack of familial wealth and assets, and abusive practices by a predatory school or servicer often precede a borrower's default. Taking these funds from low-income borrowers, who in many cases were denied the promised benefits of education, compounds these harms and injures borrowers' children in meaningful and potentially long-lasting ways.

The government's seizure of EITC payments is a heartless measure that is incompatible with both the goals of the EITC and ED's policy objectives. These seizures deprive low-income borrowers and their children of vital funds and opportunities for advancement. Rather than pushing low-income borrowers and their children into cycles of poverty, the government should facilitate the job creation and poverty reduction goals of the EITC by exempting EITC payments from offset.

In my 20s, I took out loans. I can't say that I had a clear understanding of what I was doing...it just felt like I was filing paper after paper after paper. Years later I was in default. I was expecting approximately $3345 in tax returns. I had been laid off due to a company closure, I had just had a baby that month and my roommate moved out without paying her half of the rent. My taxes were intercepted. It was one of the worst times in my life.

I tell students this story today when I do entrance and exit counseling. I think it is important that they know the truth. I also don't rush them through processes as I was when I was a younger student. Now, in my 40's, I am back in school working on my AA but much wiser for having been where I have been. I enjoy the work I do. But I sure do dislike seeing low income individuals go into loan debt.

I am a 33+ year Financial Aid professional. This story demonstrates the sad reality of the student debt crisis and excessive loan debt. During the economic downturn of the 1990s, I saw large numbers of individuals returning to school and applying for loans when their unemployment and/or other social service benefits ran out. This caused our loan volume to soar. Sadly, many of these individuals were desperately seeking a way to make ends meet, returned to school to improve their prospects, but far too often they ended up as 'non-completers'. The Federal FSA regulations do not empower school administrators to place any kind of limit on the amount students can borrow nor require students to participate in Financial Literacy education programs. Thus, while we often know the amount students are borrowing could spell financial disaster for them in the future, we do not have the regulatory tools to truly help students borrow in moderation and avoid excessive debt. Individuals attending institutions of higher learning should leave school better off for having been a college student not the opposite. Financial Literacy programs only go so far to educate students. However, when students are desperate to make ends meet they will borrow the maximum amount allowable, then they far too often dropout and as non-completers have limited opportunities for employment to repay the debt. The issue needs to be addressed with a more proactive, rather than reactive approach. If we make Financial Literacy education mandatory for all students, and give FA professionals the regulatory tools necessary to require literacy education and limit excessive borrowing while we will not prevent debt we will certainly be able to limit it, and help students successfully manage their loan debt.

I agree this is a heartless measure but this is one of the many things the government continues to get away with doing. America is the biggest casino running... the people continue to pump money into the government but get nothing to benefit them in return. Saddening

FAFSA Simplification Implementation: How It's Going and How Schools Are Involved

How the Financial Aid Office Can Help Solve the Enrollment Crisis

OTC Inside the Beltway: Updates on Targeted Loan Cancellation, Promotion of the PSLF Waiver, and NASFAA Preps National Conference Questions for ED

OTC Inside the Beltway: Another Student Loan Payment Pause Extension and What to Make of Biden’s Budget Proposal