In a book titled "Unequal Higher Education: Wealth, Status, and Student Opportunity," authors Barrett Taylor and Brendan Cantwell examine how inequalities among institutions of higher education impact students. While a small percentage of institutions are able to draw from more resources, they do not serve the vast majority of students, the authors write, noting that a reinvestment in public higher education by states is necessary to prevent more institutions from becoming "vulnerable" — heavily reliant on tuition and at risk of closure. NASFAA asked practicing financial aid administrator Val Meyers to read the book and share her unbiased opinions of its content. What follows are her takeaways, thoughts and reflections. 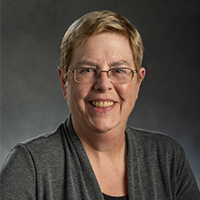 As a first-generation college student from a blue-collar family, I believe my life has been changed significantly by my college degrees. And as a financial aid administrator, I am aware of how we are now scrambling to keep those opportunities alive in the current environment of funding shortages, pay-to-play admissions, and even disagreement on whether education has value any longer. "Unequal Higher Education: Wealth, Status, and Student Opportunity" attracted my attention because I am interested in the changes that have happened in cost and accessibility in higher education since my own undergraduate days.

Most of us accept that our school is not the right choice for everyone. We also accept, as the authors point out, that the types of schools that exist are different — and deliberately so. We do not all have the same mission, and so our schools vary widely by such factors as cost, rigor of admissions standards, size, and programs offered. The higher education system is unequal by design in order to accommodate the various needs and skills of students. All of these factors should inform and influence student choice.

Barrett Taylor and Brendan Cantwell have put forth a study looking at opportunity (not just access) based upon the two criteria named in the book’s subtitle — wealth and status. That these are not the same, but tend to exist concurrently, is no surprise to most of us. In this study, the authors classify schools by these criteria, as well as by size, and emerge with seven types of institutions and assert that the value of admission at each type of school can be measured by these classifications. By looking at relative values of the school types, the authors try to show that access is unequal now and is becoming more unequal as time goes on. The school types show the stratifications that exist.

The authors argue that status and exclusivity are somewhat of a zero-sum game. Any wealth that pours into a particular institution is similarly limited. In fact, the book attempts to illustrate how wealth and status attract more of the same, leaving many schools to scramble for the remaining crumbs.

Taylor and Cantwell explain why spots at top schools don’t expand as they would if a postsecondary education were strictly a market-driven commodity. In fact, they demonstrate why the gap between the most elite and the most open schools continues to grow, to the detriment of almost all students seeking to go to college.

The seven school types begin with the Super Elite and Elite schools, which tend to be small, private, and high cost but not very dependent upon tuition for their revenue, and spend the most non-tuition dollars per student. The next group, Multiversities and Larger and Smaller Typical Universities, generally have enrollments over 13,000 and are most often public schools. Multiversities include research missions and have access to moderate amounts of endowment funds, but they are most often state-supported schools. In the past, they were not dependent on tuition for their operating costs. That has changed in recent years; as the study notes in covering the period between 2005 and 2013, including the recession of 2008-09, these schools are becoming more tuition dependent as state support has dissolved. This has had a keen impact on these institutions.

This impact is evident when the authors describe the final two types of institutions, Subsidy-Reliant and Vulnerable. These tend to be the smallest schools, both public and private. As state subsidies shrink and donation dollars go elsewhere, many Subsidy-Reliants are moving into Vulnerable status. Vulnerable schools are mainly reliant on tuition and find themselves shrinking or closing completely during an economic downturn. Neither of these types of school can afford to spend lavishly on their students, and the lack of campus amenities serves to keep their attendance low and noncompetitive. The authors conclude that attending such schools does little to offer opportunity for a life-changing education to the students.

The book gives a raw picture of how the loss of state investment is affecting the majority of students educated in America today. The Elite and Super Elite schools grant huge opportunities to those who attend, but they educate only a small fraction of college students. The majority of students, who cannot access an elite university, find that the value of the type of education within their reach is dependent upon the resources these schools have at their command. When they are not subsidized by taxpayer dollars, they may have less to offer to students.

How do we stop the increasing inequity in higher education and stop the slide of less wealthy schools into Vulnerability? Taylor and Cantwell review some methods that have been tried — many of which did not work or worked only marginally — and review some proposals that are currently in the news (free tuition), but their main proposal is to encourage reinvestment in public education by the states.

More broadly, they reiterate that increasing the supply of high-value seats in the public domain depends upon changing the prevailing view of who higher education benefits. For many decades, investment at the state and federal level retained support because the country viewed college education as a public good, similar to how we still view K-12 education. The change in political climate shifted this view, and the disinvestment in colleges followed. The authors propose advocating the public benefits of education toward the adoption of a renewed public commitment to higher education as the only solution to building more high-value seats for future generations.

For those of us invested in public policy and funding for higher education, none of this comes as a surprise, and there are no magic bullets offered as a solution. But there is value added to the conversation by looking at various types of colleges and universities through this specific lens. I am especially appreciative of the argument that colleges are not corporations whose mission is to maximize profits. I believe this is a message that bears repeating until it is heard and understood by the majority of taxpayers.

Val Meyers, associate director of financial aid at Michigan State University (MSU), has been the financial aid profession for 34 years. Her current responsibilities include compliance and audit, customer contact, outreach, processing, and special populations. She holds a Bachelor of Science from MSU and a Master of Public Administration from Western Michigan University. She has served on the boards of the Michigan Student Financial Aid Association and the Midwest Association of Student Financial Aid Administrators (MASFAA). She represented financial aid administrators nationwide as a primary negotiator on the Program Integrity Negotiated Rulemaking. She has taught MASFAA Summer Institute three times and holds all 17 NASFAA credentials.

Thank you for the review - well done. I too appreciate any supporting arguments that public education is not intended to be run as a profit-generating entity. What would really further the argument for talking about public support of higher education would be how much of current public dollars are funneled to for-profit and religious institutions delivering education. If no more dollars are forthcoming from taxpayers in the near future then perhaps it's time to look at the distribution of and access to those same dollars by institutions. With the debacle and demise of several proprietary schools in recent years and the cost to taxpayers in legitimate debt relief for students it's past time for public schools to advocate for limited access to public dollars by those religious and proprietary schools. This is solely my personal opinion.

Great review of the book. FA administrators represent all of the institutional types listed in the article and we are becoming increasingly more involved in the funding model, enrollment management and helping students pay for college.

OTC From the Field: Examining and Addressing Needed Reforms to the Student Loan System

OTC Inside the Beltway: Legal Challenges Look to Create Roadblocks for Debt Cancellation

Fresh Start and Debt Cancellation: What You Need To Know

OTC Inside the Beltway: What to Know About Operation 'Fresh Start'

OTC Inside the Beltway: Sorting Through Biden's Decision on Student Loan Debt Cancellation