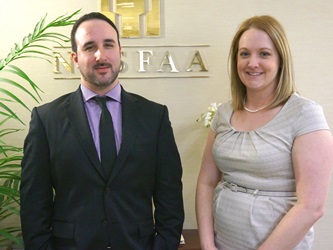 During their meeting, our members discussed the impact the federal budget process will have on prior-prior year (PPY) and award letters, particularly as it concerns Pell Grant amounts. The concern, they told the staffers, is that the new FAFSA filing date of October 1 will bump up the date institutions send out award letters, which means a delayed federal budget would require them to list Pell Grants as estimates, rather than official awards. This is "a new issue, but one that will affect students directly," Szymanoski said.

Amos said that it is important that the budget be released on time because aid administrators would prefer to counsel students "with real numbers rather than estimates." VanMeenen-Misfeldt agreed, adding that she "want[s] students to have their [financial aid] information as on time as possible." 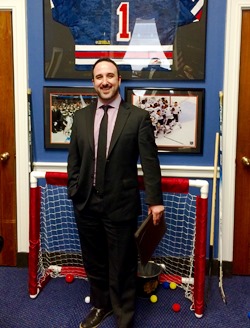 The members also discussed some issues they would like considered by Congress while reauthorizing the Higher Education Act (HEA), including simplifying the Return of Title IV (R2T4) process, allowing for student loan limits for certain groups of students, and policies that would improve financial literacy among students and families. They also discussed the need for a more flexible Pell Grant Program. "I think there's a lot of creative ways to help students move along" in their education, Szymanoski said.

As the members all represent institutions from Illinois — and they were meeting with Congressional delegates from the state — they took an opportunity to discuss the current uncertainty surrounding the state's budget, which threatens to delay the state's MAP Grant for low-income students. They said that the possible delay of a MAP Grant is causing many Pell-eligible students not to apply at all because they think they will not have the resources to afford college. And while the issue is not one Congress can solve, they requested that the members they met with continue to pressure state lawmakers to resolve the budget issue and continue to support low-income students at the federal level.